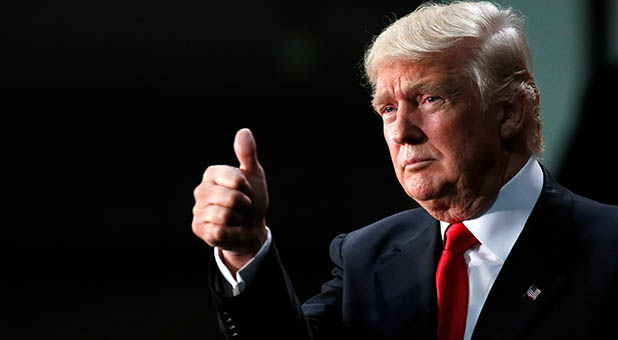 12/28/2016 BOB ESCHLIMAN  CHARISMA NEWS
The involvement of pastors and other faith leaders in the inauguration of each new presidential administration is nothing unusual in American politics. But sometimes, who those pastors and other faith leaders are can tell a lot about the direction of the nation in the next four years.
So, Wednesday afternoon, the Presidential Inaugural Committee offered up some good news with its slate of planned speakers for the inauguration of President-elect Donald Trump and Vice President-elect Mike Pence. The committee’s statement read:
Today, the Presidential Inaugural Committee announced six faith leaders who will participate in the swearing-in ceremony of President-elect Donald Trump and Vice President-elect Michael Pence.
“Since the first inaugural ceremony, our leaders have paid tribute to the blessings of liberty that have been bestowed upon our country and its people,” said PIC Chairman Tom Barrack. “I am pleased to announce that a diverse set of faith leaders will offer readings and prayers at the swearing-in of President-elect Trump and honor the vital role religious faith plays in our multicultural, vibrant nation.”
Those offering readings and giving the invocation at the ceremony are His Eminence Timothy Michael Cardinal Dolan, the Archbishop of New York; Reverend Dr. Samuel Rodriguez of the National Hispanic Christian Leadership Conference and Pastor Paula White of New Destiny Christian Center.
Additionally, Rabbi Marvin Hier, Dean and Founder of the Simon Wiesenthal Center; Reverend Franklin Graham of Samaritan’s Purse and The Billy Graham Evangelistic Association and Bishop Wayne T. Jackson of Great Faith Ministries International will offer readings and give the benediction.
On Saturday, January 21, the National Prayer Service will be held at Washington National Cathedral and will include representatives of all religious faiths for a time of prayer and fellowship. Further details about this event will be released in the coming weeks.‎ {eoa]