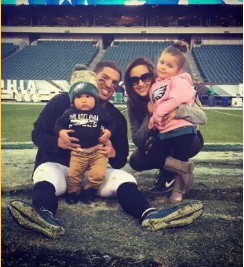 The Philadelphia Eagles are seeing something extraordinary happen: Christ is being exalted within their team. Chase Daniel, quarterback hosts a weekly Bible study. There is also a weekly Bible study that takes place at the practice facility, as well as prayer sessions among the teammates the night before they play a game. Daniel told ESPN: “This is by far the most spiritual team I’ve been on.”
Then there is Trey Burton, who is constantly talking about his passionate faith in Christ on his twitter feed. He  that Jesus healed him from injury after his teammates prayed for him. He had injured his calf and doctors told him that he would miss several weeks of play. So, the team laid hands.”I had a couple guys here lay hands on me and pray  me and then I went home and had my wife and my kids and one of our pastor friends come and lay their hands on me, and immediately I woke up the next morning and I was totally fine,” Trey said.
Burton has also led five of his fellow team members to come and be . Mychal Kendricks was one of these individuals. He had taken part in the prayer group and says he never read the Bible, but was encouraged to get baptized as an acknowledgment of his faith in Christ and he did.
“You look at the outside world and where some of us have come from and where our family and friends are or what we’re able to do with the sport that we love, with helping people, being in a position to hold platforms that help others or enlighten others, or just make someone’s day. There is some weight to it. And it’s a blessing,” he said.
“And you ask yourself, why? There are a million guys on the street right now that can do the same thing I can do, but I’m here right now because I’m supernatural in my thinking and supernatural in the way I feel. And when you’re passionate about something and you can feel it in your heart and your soul, that energy radiates outwards … and that’s the power of God right there. That’s something that is to be looked at.”

@TreyBurton8
You are strong in my brokenness
Sovereign over every step
Even in the fire, I’m alive
I’m alive in you!#AliveInYou – @jesusculture

@TreyBurton8
“As for you, brothers, do not grow weary in doing good.”
2 Thessalonians 3:13 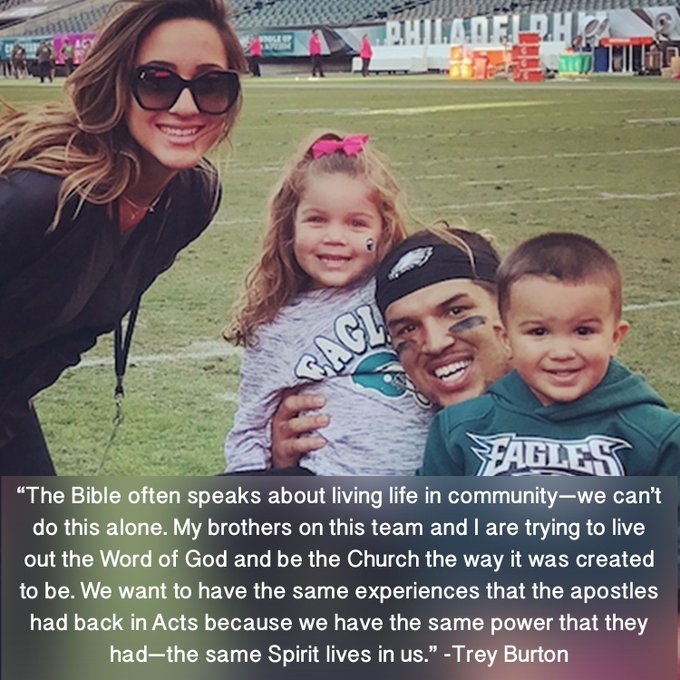 The Increase @The_Increase
“The Bible often speaks about living life in community—we can’t do this alone. My brothers…” @TreyBurton8 http://bit.ly/2gn6up3