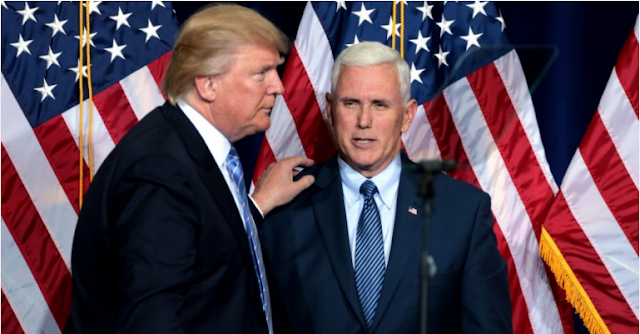 HelloChristian  Dec. 16, 2016
President-elect Donald Trump has now appointed nine members to the White House, each of whom profess publicly to be Christians. Is this a huge answer to prayer?
“For many years, we have prayed that God would raise up men and women of God to positions of leadership and influence in our country. However, since the end of the George W. Bush administration, there have been previous few answers to that prayer,” writes Author and Pastor David Murray. “Who would have thought that Donald Trump might be the answer to that prayer?”
At the heart of these appointments is Vice President Mike Pence who has previously said “My Christian faith is at the heart of who I am” and “I’m a Christian, a conservative and a Republican, in that order.” Then there is Chief of Staff Reince , who has previously tweeted “Christ’s sacrificial work provides an example for us all, and we join with the Psalmist in saying ‘You make known to me the path of life.’”
Then we’ve got Attorney General Jeff Sessions (who is a Sunday school teacher at his family’s church), and Housing and Urban Development’s  Ben Carson, who believes that God spoke clearly to him that Trump would be president.

Further to this, there is Education’s Betsy DeVos, a Christian committed to bringing God’s ‘Kingdom’ through schooling. Then we have newly-announced Secretary of State Rex Tillerson, EPA’s Scott Pruitt, CIA’s Mike Pompeo (whose family attends Eastminster Presbyterian Church), and Ambassador to UN Nikki Haley. They are all Christians!

The number of believers in the upper echelons of the Trump administration is quite incredible. Share this to encourage others!
Love For His People, Inc. founded in 2010 by Steve & Laurie Martin. Charlotte, NC USA