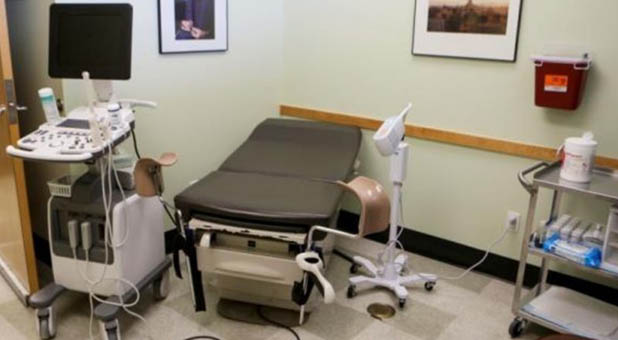 Report: Abortionists in 32 States Were Cited for More Than 1,400 Health Violations

12/15/2016 BOB ESCHLIMAN  CHARISMA NEWS
Americans United for Life has provided an analysis of confirmed reports of dangerous and unsafe conditions in abortion clinics over the past eight years, compiling them in a new report titled Unsafe: How The Public Health Crisis in America’s Abortion Clinics Endangers Women.
The more than 200-page analysis details horrific abortion clinic conditions, documenting that 227 abortion providers in 32 states were cited for more than 1,400 health and safety deficiencies between 2008 and 2016. It also includes details from hundreds of “significant violations of state laws regulating abortion clinics.”
The report includes:
While performing about a third of all abortions in the U.S., Planned Parenthood is featured prominently in the report. Thirty-nine of its clinics in Alabama, California, Colorado, Delaware, Florida, Illinois, Maryland, Michigan, Nebraska, North Carolina, Ohio, Pennsylvania, South Carolina, Texas and Virginia were cited.
The following are the top 10 violations found among various abortion clinics from the report:
AUL Vice President of Legal Affairs Denise Burke, who authored the report, issued the following statement to coincide with its release:
The Supreme Court wrongly threw out Texas’ health and safety standards, concluding that there was insufficient evidence to support the need for the law. That perceived deficit must be addressed wherever and whenever possible, yet this void exists, in part, because of the scandalously lax manner in which many abortion clinics are monitored.
AUL took on the task of learning what information is available on abortion clinic conditions and what is not, as too few states protect women by appropriately regulating and inspecting abortion clinics. The fact that data from some states are not included in the report indicates the need for better and more regular inspections and reporting on the results of those inspections. Importantly, AUL is releasing this report in advance of the 2017 state legislative sessions so that lawmakers will have an important tool for explaining the critical need for enhanced health and safety standards and to call for further investigation.
The abortion industry willingly sacrifices women’s health and safety in their “back alley” clinics, prioritizing mere access to abortion over women’s health and safety. Convicted murderer Kermit Gosnell provided “mere access” to abortion, and women died in his care. During the investigation of Gosnell and his “house of horrors” abortion clinic, the grand jury found that, while there were laws on the books allowing for inspections, state officials decided not to act because of abortion politics. Women’s health and safety must not be held hostage by an abortion industry willing to put profit over people.
This report is the tip of the iceberg as too many state officials are turning a blind eye to this red-light district of medicine. AUL is calling on state attorneys general and governors to order inspections of abortion clinics and on state legislators to enact the enhanced protections for women and their unborn children featured in AUL’s Women’s Protection Project and Infants’ Protection Project.