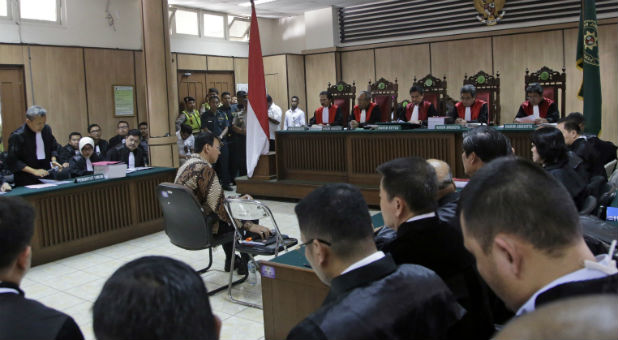 12/14/2016 JESSILYN JUSTICE  CHARISMA NEWS
Evangelist Franklin Graham issued an urgent call to prayer for a Christian governor on trial for his beliefs.
“We need to pray for the Christian governor of Jakarta, Basuki ‘Ahok’ Tjahaja Purnama, who is on trial for what the Muslims are calling blasphemy, which is ridiculous. He’s the first non-Muslim governor of the Indonesian capital in more than half a century. They’re coming after him because he’s a Christian. Hard line Muslim groups have organized protests against him and some have even called for him to be lynched. This is the kind of persecution that is going on around the world in countries that are controlled by Islam. Pray for this man and his family,” Graham posted to Facebook.
Basuki is the first Christian governor in nearly 50 years to govern the predominantly Muslim city, The New York Times reports. Basuki inherited the office in 2014.
He is on trial for “blasphemy” charges. Prosecutors claim the governor plans to insult Islam while in office. The Times reports the trial could be a way to keep the Christian man from taking office.
“The manipulation of race and religion, such as the blasphemy charge against [Basuki] , in a political campaign to crush an opponent, breaks the long-held taboo against using these issues brazenly to gain political advantage,” Douglas Ramage, a political analyst based in Jakarta, tells the Times.
The Hindu Bharatiya Janata Party governs India, and the country has seen a rise in ethnic cleansing against Christians since Prime Minister Narendra Modi took office.
“While intolerance has risen, and minorities are constantly attacked, the central government has refused to speak out against the atrocities—thus further encouraging the radical Hindus to step up their actions. The level of impunity has gone up markedly for those who push for a completely Hindu India,” Open Doors USA reports.