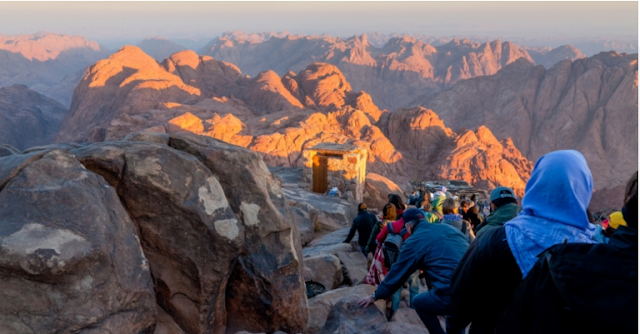 An Egyptian archaeologist claims he has unearthed the place where God first spoke to Moses and commanded him,“take off your shoes for you are standing on holy land.”

Dr. Abdul Rahim Rayhan told Al-Arabiya that Mount Sharia, also known as Mount Sinai, in the vicinity of the monastery of St. Catherine in the southern part of Egypt’s Sinai Peninsula, is the place where the dramatic encounter occurred.

“All studies have confirmed that this is indeed the site where God manifested himself to Moses,” said Rayhan, general manager of research, archaeological studies and scientific publishing in the Sinai.

According to his studies, St. Catherine’s Monastery has a bush that is believed to be the very burning bush in which God first appeared to Moses. Although local traditions include this claim, no other archaeologist has come forward with such assertions, and Judaism has no definitive tradition on the location of the biblical Horeb, identified as the burning bush’s location in the Book of Exodus.