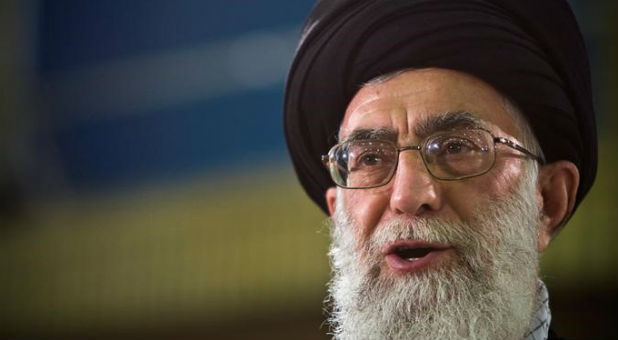 Iran’s Supreme Leader Ayatollah Ali Khamenei speaks live on television after casting his ballot in the Iranian presidential election in Tehran.REUTERS/Caren Firouz/File Photo
Despite Vast Islamic Persecution, Youth Birth ‘Awakening’ in Iran
JESSILYN JUSTICE
Dec, 3, 2016 charisma news
Iranian youth have sparked an “awakening” among their countrymen, with hundreds being baptized recently.
“The youth have become restless and have looked toward an alternative to the regime and Islam,” CCM Ministries founder and CEO Mani Erfan tells Fox News. “The youth find Western culture and the Christian church very appealing.
“It’s become a counter-culture. A counter-revolution to the [1979 Iranian] Revolution.”
ELAM Ministries estimates more than 200 Iranians and Afghans have been baptized since August.
“News from Iran dominates our headlines, but behind the scenes God is building His church,” according to the ELAM website. “Thirty years of Islamic revolution have made Iranians the most open Muslim people in the world to Christ. And it is only the gospel that can bring peace to Iranians and the whole Middle East.”
Shia Islam governs Iran, according to Open Doors USA, creating a devastating hostile environment for the country’s 450,000 Christians.
“Christianity is also considered a condemnable Western influence, an imminent threat to the Islamic identity of the Republic. Especially as their numbers are growing and, allegedly, even children of political and spiritual leaders are leaving Islam for Christianity,” Open Doors reports.
Jessilyn Justice is the assistant news editor for Charisma. Born and raised in a pastor’s family in Alabama, she went to Lee University and the Washington Journalism Center. She’s passionate about the church, jogging, news and cupcakes not necessarily in that order. Tell her what you think of this story on Twitter @jessilynjustice.
Love For His People, Inc. founded in 2010 by Steve & Laurie Martin. Charlotte, NC USA