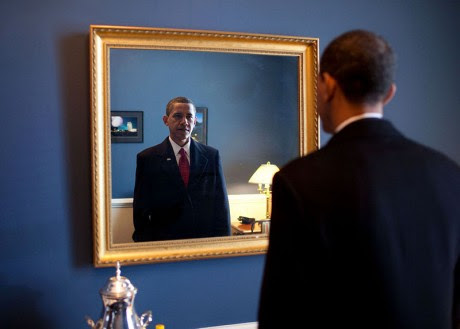 The Shocking Truth About How Barack Obama Was Able To Prop Up The U.S. Economy
Posted: 02 Dec 2016  Michael Snyder  THE ECONOMIC COLLAPSE BLOG
Barack Obama is one of the biggest “Keynesians” of all time, but unfortunately most Americans don’t even understand what that means.  In this article, I am going to share with you the primary reason why Barack Obama has been able to prop up the U.S. economy over the past eight years.  If Barack Obama had not taken the extreme measures that he did, we would be in the midst of a historic economic depression right now.  But by propping things up in the short-term, he has absolutely demolished our long-term economic future.

But like most politicians, Obama has been willing to sacrifice the future for short-term political gain.

If you take any basic college course in economics, you are going to learn about John Maynard Keynes.  Without a doubt, Keynes was one of the most famous economists of the 20th century, and one of the things that he believed was that governments should go into debt and spend more money when an economic downturn strikes.  By injecting additional funds into the economy during a time of crisis, he believed that the severity of recessions and depressions could be reduced.  This approach ultimately become known as “Keynesian economics”, and in the post-World War II era virtually the entire world embraced it at least to some degree.  Here is more on Keynes from Investopedia…

An economic theory of total spending in the economy and its effects on output and inflation. Keynesian economics was developed by the British economist John Maynard Keynes during the 1930s in an attempt to understand the Great Depression. Keynes advocated increased government expenditures and lower taxes to stimulate demand and pull the global economy out of the Depression. Subsequently, the term “Keynesian economics” was used to refer to the concept that optimal economic performance could be achieved – and economic slumps prevented – by influencing aggregate demand through activist stabilization and economic intervention policies by the government. Keynesian economics is considered to be a “demand-side” theory that focuses on changes in the economy over the short run.

Keynesian economists correctly point out that there is a “multiplier effect” to government spending.  In other words, when the government spends money it ends up in the hands of ordinary people.  In turn, those people spend that money on various goods and services that they need, thus boosting overall economic activity.  And the more the money circulates, the more the economy is stimulated.  So one dollar of additional government spending does not just add one dollar to GDP.  Rather, the impact on GDP is often significantly greater than that.

Of course the bad news is that whenever the government borrows money it is stealing consumption from the future.  So we are literally destroying the future that our children and our grandchildren were supposed to have in order to make the present look a little bit brighter.

When Barack Obama entered the White House, the U.S. was in the midst of the worst financial crisis since the Great Depression.  The Bush administration had already begun to ramp up spending, but Barack Obama took “government stimulus” to ridiculous new levels.  The national debt has risen by an average of more than 1.1 trillion dollars a year while Obama has been in charge, and this fiscal year we are on pace to add more than 2 trillion dollars to the debt.

Let’s be conservative and just double that number.  So that would give us an 18.6 trillion dollar overall impact on U.S. economic activity.  Spread over eight years, that comes to an average GDP impact of 2.325 trillion dollars a year.

In other words, without all of this debt that Barack Obama and Congress have been getting us into, we would be in the worst economic depression in U.S. history right now.
And I haven’t even factored in state and local government debt, corporate debt or household debt.  The truth is that I am not exaggerating one bit when I say that we are enjoying a debt-fueled standard of living that we simply do not deserve.

But even with all of this debt, the U.S. economy has still not been performing really well.  In fact, Barack Obama is going to be the only president in U.S. history to not have a single year when U.S. GDP grew by at least three percent.

Despite what many in the mainstream media are telling you, the reality of the matter is that Donald Trump is going to inherit an economy that is deeply troubled.  If you doubt this, please see my previous article entitled “11 Very Depressing Economic Realities That Donald Trump Will Inherit From Barack Obama“.

Donald Trump is talking about cutting taxes and reducing regulations, and all of those things are good, but ultimately those measures are not going to matter that much.

What is going to matter is what Donald Trump decides to do about our exploding debt.
If Donald Trump wants the U.S. economy to continue to remain at least somewhat stable in the short-term, he is going to have to keep piling up debt like Obama has.  Because if Trump and the Republicans decide that they want to get our debt under control, that will plunge us into a horrifying economic depression almost immediately.

So Donald Trump is really in a no-win situation when it comes to the economy.

The only way that he can match Obama’s performance is to do what Obama did, but by doing so he would literally be killing the future.

But now a day of reckoning is fast approaching, and I am not sure if Donald Trump even realizes that he will soon be faced with some incredibly heartbreaking choices.

Posted: 04 May 2021 04:31 PM PDT Every dollar that the federal government borrows and spends puts us even closer to

Skyrocketing Lumber Prices Have Increased The Average Price Of A New Home By $35,872 In 1 Year – Michael Snyder

The Lightning of God | Give Him 15: Daily Prayer with Dutch | May 4