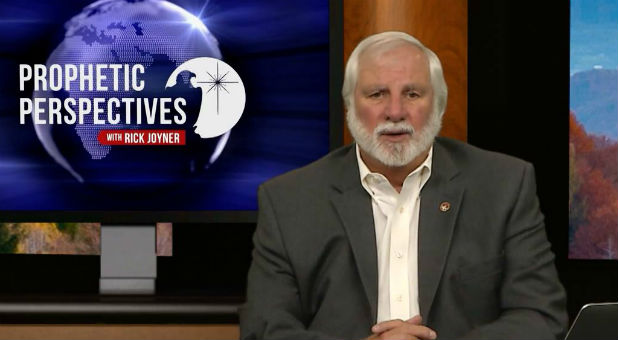 Jennifer LeClaire is now sharing her reflections and revelations through Walking in the Spirit. Listen at charismapodcastnetwork.com.
Lance Wallnau prophesied early that Donald Trump would be like the biblical King Cyrus of Persia of Isaiah 45 and become the 45th president of the United States.
At least part of that prediction is true. Trump has risen as America’s 45th president, but it remains to be seen if he will emerge as one like King Cyrus.
Rick Joyner is asking two clear questions: What is it about Cyrus that is a parallel to Trump? What can we therefore expect from his administration? Joyner then goes on to offer some prophetic insight:

When the Lord gave the word to Isaiah about Cyrus hundreds of years before Cyrus was born, He said that “he does not know Me.” It’s true that Cyrus did not know the Lord when he became king, but he came to know Him in the first year of his reign, declaring Jehovah to be “the true God.”
He also resolved to fulfill the prophecies spoken of him as we read in the first chapter of Ezra. The prophecy spoken by Kim Clement about Trump in 2007 also stated that Trump would not know the Lord when he becomes president, but that he would soon afterward. Everything else in Kim’s 2007 prophecy has been accurate, so I’m expecting Trump to have such an experience with the Lord that he comes to know the Lord well and seeks to do His will like Cyrus.
The most remarkable and important contribution Cyrus made in history was the rebuilding of the temple in Jerusalem. He personally put out a call for the exiled Jews to return to their land for that purpose, and for those who did not return to provide for those who did, so the Lord would have His house again in the midst of His people.
We do now have the parallel of Cyrus’ time that the temple of the Lord, the church, is still in ruins. There are some great churches scattered throughout the world, but none compare to the biblical stature of what the church was in the first century, and is called to be today. These prophecies indicate that this is going to change during the Trump Administration. They also indicate that Trump is going to help make it happen by putting out a call to God’s people to return to their inheritance and rebuild the house of the Lord.
This will be the most important work that will take place in the coming times. Get ready to see a church of biblical stature restored on the earth. Supreme Court justices are important, but cannot compare to the importance of the Supreme Judge of all having a place to dwell among His people in His fullness.

The Lord is releasing the angels of abundant harvest. Charisma House is releasing Jennifer’s book with a profound prophetic word and teaching principles to cooperate with heaven in this season. Check it out at angelsprophecy.com.
Jennifer LeClaire is senior editor of Charisma. She is also director of Awakening House of Prayer in Fort Lauderdale, Florida, co-founder of awakeningtv.com, on the leadership team of the New Breed Revival Network and author of several books, including The Next Great Move of God: An Appeal to Heaven for Spiritual Awakening; Mornings With the Holy Spirit, Listening Daily to the Still, Small Voice of God; The Making of a Prophet and Satan’s Deadly Trio: Defeating the Deceptions of Jezebel, Religion and Witchcraft. You can visit her website here. You can also join Jennifer on Facebook or follow her on Twitter. Jennifer’s Periscope handle is @propheticbooks.
3 Reasons Why you should read Life in the Spirit. 1) Get to know the Holy Spirit. 2) Learn to enter God’s presence 3) Hear God’s voice clearly! Go deeper!
Has God called you to be a leader? Ministry Today magazine is the source that Christian leaders who want to serve with passion and purpose turn to. Subscribe now and receive a free leadership book.
Did you enjoy this blog? Click here to receive it by email.
Did you like this article? You’ll enjoy Jennifer LeClaire’s book, Mornings With the Holy Spirit: Listening Daily to the Still Small Voice of God
Love For His People, Inc. founded in 2010 by Steve & Laurie Martin. Charlotte, NC USA