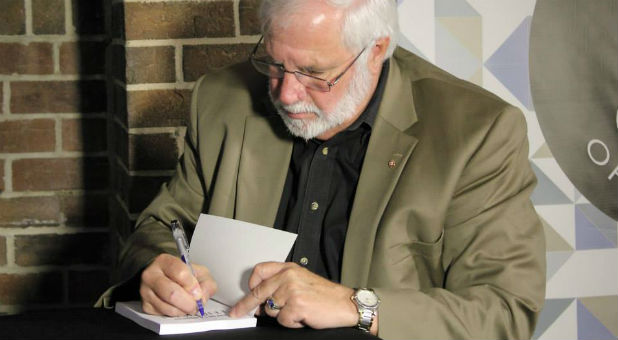 Rick Joyner: Donald Trump Will Transform the US Government

12/1/2016 JESSILYN JUSTICE  CHARISMA NEWS
Join us on our podcast each weekday for an interesting story, well told, from Charisma News. Listen at charismapodcastnetwork.com.
President-elect Donald Trump will turn the American economy around and transform the U.S. government, prophet Rick Joyner says.
“While accomplishing so much putting together such a quality team, and faster than any administration in recent history, he also had time to convince Ford and Carrier to keep their plants here, saving thousands of U.S. jobs even before taking office. He got more done over the Thanksgiving weekend than some presidents have in their first hundred days or longer,” Joyner said in a Facebook post.
He continued: “Trump thinks like a leader, not a politician. He knows leadership, and he’s picking a team based on competence, not political expediency and not even on loyalty. He obviously values loyalty very highly, but he rightly does not let it trump (no pun intended) competence. He is obviously intent on getting the best people for every position to do the best job for the country. With the momentum so great this fast we could very well be witnessing the beginning of the biggest transformation in government ever achieved. We could also see the greatest release of the U.S. economy.
“And this is just the warm-up—the game has not yet even started. Of course it is not realistic to think there will not be setbacks and challenges, but what has happened in just the last three weeks is most encouraging. It seems that this team could steamroll barriers that have stopped many others.”
Bloomberg has three suggestions for the Trump administration to ensure an economic boom:
1. Keep it simple.
“The government should take advantage of its low borrowing costs by doing more of the spending itself, especially on unglamorous tasks (such as road repair and improvement) that can be started quickly and offer good returns to taxpayers.”
2. Be prudent.
“Trump must set out and stick to a clear fiscal-stimulus plan—one that explains how the U.S. will control its budget deficits in the longer run. In effect, proposals to broaden the tax base and/or restrain spending on entitlement programs have to be part of any credible infrastructure plan.”
3. Be accountable.
“Trump’s plan should meet at least the same standard of (the 2008 stimulus package) transparency. Otherwise, corruption and cronyism will make it less effective and undermine future support for smart fiscal policy.”