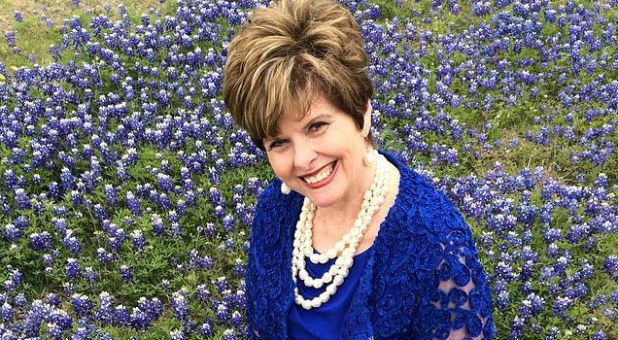 Jennifer LeClaire is now sharing her reflections and revelations through Walking in the Spirit. Listen at charismapodcastnetwork.com.
Cindy Jacobs is encouraging intercessors across the country to pray to keep the nation stabilized through December 19th. She points to two issues that need our ongoing prayer—and I agree wholeheartedly.
First, a possible recount of the electoral college.
“You are probably aware that Jill Stein, the Green Party candidate for president, is raising money for a recount in three states, Wisconsin, Michigan and Pennsylvania,” Cindy says. “Hilary Clinton, the Democratic candidate, is now joining in on the demand for a recall. Money is being raised to pay for these recalls, and millions have been raised. Recounts have changed state election results, but never a federal one.”
I live in Florida, and I still remember the hanging chads fiasco.
The second prayer matter is the electoral count proceedings. As she sees it, it is possible, though not likely, that a recount could affect the landscape of the Electoral College. However, she adds, this has been an usual election cycle. While we must pray for these two issues, she says it is critical that the eyes of the intercessors must focus in a large way on the following for the Electoral College.
Now is not the time to stop praying. Now is the time to press in even harder.
“God gave warnings, as early as 2008 by Chuck Pierce, concerning the need to watch this Electoral College,” Cindy says. “He recently prophesied that we must watch for the next 10 days. In fact, these are tumultuous times where we cannot relax in our fervent intercession for the nation. Many are not aware of the mechanics of the way the Electoral College functions. It is designed to give each state a voice in the election.”
Here, in an abbreviated fashion, is how it works. By Dec. 13, states must make final elector appointment decisions known, at least six days before the meeting of the electors. By Dec. 19, electors meet in their states and vote for president and vice president on separate ballots. On Dec. 28, the certified votes are handed to the president of the Senate and the archivist. Then on Jan. 6, Congress meets in joint session to count the electoral votes.
“If no presidential candidate wins 270 or more electoral votes, a majority, the 12th Amendment of the Constitution provides for the House of Representatives to decide the presidential election. If necessary, the House would elect the President by majority vote,” Cindy says. “There have been what is called ‘faithless electors’ in the history of the United States, such as in 1836 when 23 Virginian electors acted as a bloc. Although no such faithless electors have changed the outcome of any election to date, the 12th Amendment was needed in the election of the Vice President under Martin Van Buren, as the result of faithless electors.”
Cindy also notes that Richard Johnson, Van Buren’s vice presidential pick, lost by one as the result of the electors changing their votes. This, she explains, caused the need for the 12th Amendment to be invoked, and it went to the Senate, where Johnson won by one vote. Although he was confirmed, she says this caused Johnson to be a political embarrassment to his party.
“It is important to understand the workings of the governmental process and that we pray for order to keep the ship of state steady in these times,” Cindy says. “We must pray for the Electoral College and electors. We must cry out to God to unify our nation as well. The need to appeal to heaven has not diminished since the election. Let us raise our voices to the God of the nations to send mercy upon us now more than ever.”

Jennifer LeClaire is senior editor of Charisma. She is also director of Awakening House of Prayer in Fort Lauderdale, Florida, co-founder of awakeningtv.com, on the leadership team of the New Breed Revival Network and author of several books, including The Next Great Move of God: An Appeal to Heaven for Spiritual Awakening; Mornings With the Holy Spirit, Listening Daily to the Still, Small Voice of God; The Making of a Prophet and Satan’s Deadly Trio: Defeating the Deceptions of Jezebel, Religion and Witchcraft. You can visit her website here. You can also join Jennifer on Facebook or follow her on Twitter. Jennifer’s Periscope handle is @propheticbooks.
3 Reasons Why you should read Life in the Spirit. 1) Get to know the Holy Spirit. 2) Learn to enter God’s presence 3) Hear God’s voice clearly! Go deeper!
Has God called you to be a leader? Ministry Today magazine is the source that Christian leaders who want to serve with passion and purpose turn to. Subscribe now and receive a free leadership book.
Did you enjoy this blog? Click here to receive it by email.
Did you like this article? You’ll enjoy Jennifer LeClaire’s book, Mornings With the Holy Spirit: Listening Daily to the Still Small Voice of God
Love For His People, Inc. founded in 2010 by Steve & Laurie Martin. Charlotte, NC USA