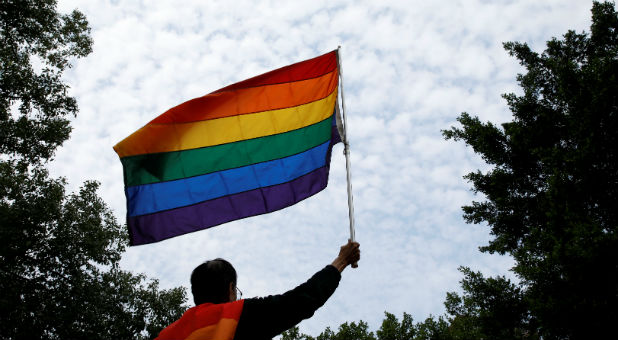 11/29/2016 JASON AND DAVID BENHAM  CHARISMA NEWS
An interesting separation is taking place in the Christian community today over homosexuality and gay marriage. One leader opposes. Another affirm. Yet most just sit silent.
But not for long.
The agenda to impose participation and celebration of the gay lifestyle—and all the expressive events surrounding it—is more aggressive than ever before. It has steamrolled through the spheres of culture (education, media, business, government, etc.) and now it has the church (“the last man standing”) in its crosshairs.
Why? Because the church is the “pillar and foundation of the truth” (1 Tim. 3:15c).
The good news is, these attacks are revealing which Christian leaders truly walk in the presence of God and which simply enjoy a platform for Him.
But regardless, no matter how much care and concern true believers have for homosexuals as precious image-bearers of God, the agenda to eliminate Christian witness on sexual morality will take no prisoners.
Now more than ever before in our lifetimes, those holding to a moral, biblical orthodoxy must prepare for a bold stand. Will the radical agenda to transform America—and the entire Western world—topple two millennia of Christian teaching on marriage and sexuality?
Not if the Zadok priesthood has anything to do with it.
So who the heck is Zadok, and what does he have to do with sexuality and gay marriage?
It sounds random, but it’s truly profound. Hear us out on this.
In the time of Israel’s captivity in Babylon (605-535 B.C.), God gave Ezekiel the prophet a message for His people, explaining the many reasons their nation was destroyed and the people were taken captive. The main reason above all the rest was they had weak priests who refused to stand against the evil of their time and lead the people to truth.
Listen to what God said to Ezekiel: “Her priests have violated My law and have profaned My holy things. They have made no distinction between the holy and profane, nor have they shown the difference between the unclean and the clean” (Ezek. 22:26a).
The priests refused to tell the truth about right and wrong, so the people went astray. The “church” wasn’t being the church. Her leaders refused to clearly distinguish between God’s way and the world’s. They mixed the holy and the profane. Maybe they didn’t want to come across as “bigoted” or “hateful.” Who knows?
Now enter Zadok and his descendants. He was a godly priest who was faithful during the time of rebellion under King David, while the other priests simply went along with the cultural current of the day (1 Kings 1-2). As a result, God blessed Zadok and his sons for toeing the line.
Ezekiel prophesied of these “sons of Zadok”—a remnant of priests within the priesthood who spoke truth to the people. These guys were the ones in the middle of all the other priests who stood up and spoke the word of God clearly, leading the people toward the truth instead of away from it. No matter how strong the influence of culture was upon them, the sons of Zadok remained—and would remain—steadfast, teaching the way of God in truth.
“But for the Levitical priests, the sons of Zadok, who kept the charge of My sanctuary when the sons of Israel went astray from Me, they shall come near to Me to minister to Me. … They shall teach My people the difference between the holy and the profane, and cause them to discern between the unclean and the clean” (Ezek. 44:15a, 23).
The Zadok priests made clear, moral judgments about right and wrong, while other priests clouded the truth and refused to show the way of righteousness. (As former baseball players, we’d call all these other priests R.O.Y.s—which means the “rest of y’all.” In baseball, fans pay to see the stars play while the R.O.Y.s simply make the game happen.)
Keeping with our baseball analogy, the Zadok priests were the stars, while all the other priests were just the R.O.Y.s
But (and that’s a big but), the R.O.Y. priests were still part of the game. Check out how these guys continued to serve in the temple, but God clearly distinguished the Zadok priests above the rest:
“He said to me, ‘This chamber that faces south is for the priests who have charge of the temple. The chamber that faces north is for the priests who have charge of the altar. These are the sons of Zadok among the sons of Levi, who come near to the Lord to minister to Him'” (Ezek. 40:45-46).
The R.O.Y. priests got the platform, but the Zadok priests got the presence. Though the R.O.Y. priests still served in the temple, they had to keep their distance. But the Zadok priests were able to draw near to God—because they remained faithful to Him and His ways during times of rebellion.
Today, New Testament believers are called to be a remnant of priests.
“But you are a chosen race, a royal priesthood, a holy nation, a people for God’s own possession, so that you may declare the goodness of Him who has called you out of darkness into His marvelous light” (1 Pet. 2:9).
The question is, which priest are we, and which one do we want to be?
Will we be a Zadok priesthood—those who shine the clear light of God’s truth into a darkened world that desperately needs Him? O will be just be like the R.O.Y. priests—those who refuse to teach others the difference between the holy and the profane?
The radical LGBT agenda is forcing the choice.
So as the separation in the Christian community continues, it will be much easier to see difference between “priests” who’ve chosen a platform and those who’ve chosen God’s presence. {eoe}