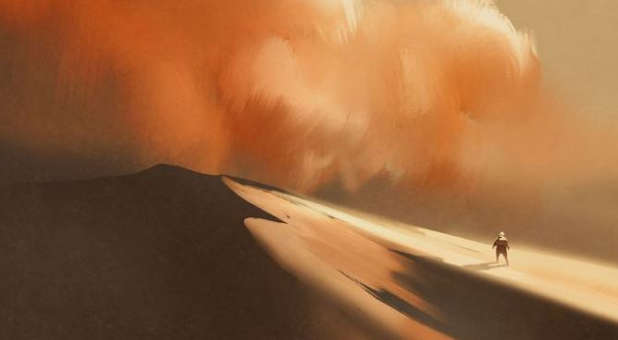 Each time we meet with Arab Christian leaders, whether locally here in Israel or in the context of global gathering, there are new levels of revelation about God’s destiny for Arabs and Jews.
At the recent gathering in Jerusalem, one of the Arab pastors pointed out there were only four people in the Bible who were given names before their birth: Ishmael, Isaac, John the Baptist and Yeshua.
He saw a parallel between Isaac and Yeshua and therefore, a parallel between Ishmael and John the Baptist. In other words, the destiny of the Arab Christian community was to pave the way for end-times revival, the Messianic remnant in Israel and the Second Coming, in a similar way to which John prepared the way for Yeshua’s first coming.
Focusing on the Positive
There were many sins and mistakes in the personal biographies of our forefathers, including Hagar and Ishmael along with Abraham and Sarah. Despite these sins and mistakes, God still has a destiny for the Jewish people and also for the Arabs. We have a great challenge to look past the negative histories of our peoples in order to find God’s positive destiny for each.
Even the thought that the Arab peoples have a positive destiny is scandalous to some of us as Jews; perhaps in a similar way that the destiny of the Jewish people is scandalous to some Christians and Arabs. The destiny of Ishmael and the Arab peoples is connected to the Jewish people because of the Messianic covenant that came through Isaac. Messianic Jews and Arab Christians need one another.
Predestined Plan
Ishmael was circumcised into the Abrahamic covenant even before Isaac was born. God promised to bless him and named him before his birth because He had a predestined plan for him. One Egyptian pastor shared with me that Ishmael (and therefore the Arab peoples today) was destined to be Isaac’s protective “big brother.” Ishmael was strong, warrior-like and prosperous.
Today’s Arab Christian leaders are beginning to see a divine calling to help the Messianic Jewish community in Israel and to recognize God’s covenant purpose for the nation of Israel. Let us remember that in every nation, God’s destiny is not found in the unbelieving majority but in the believing minority. This is true for Europe, for Asia, for America, for Africa, for the Arabs and the Jews.
The Arab peoples have a positive destiny that was foreordained by God. That destiny is not found in Islamic extremism or politics, but in the Christian Arab community, the born-again, Spirit-filled, Bible-believing remnant found in each nation. We are in covenant with them through our mutual faith in Yeshua, and we believe they will stand with us and our nation in the difficult times ahead.

Asher Intrater is the founder and apostolic leader of Revive Israel Ministries and oversees Ahavat Yeshua Congregation in Jerusalem and Tiferet Yeshua Congregation in Tel Aviv. Asher was one of the founders of Tikkun International with Dan Juster and Eitan Shishkoff and serves on the board of the Messianic Alliance of Israel and Aglow International. He and his wife and full-time partner in ministry, Betty, have a passion for personal prayer and devotion, local evangelism and discipleship in Hebrew and unity of the body of believers worldwide.
For the original article, visit reviveisrael.org.
3 Reasons Why you should read Life in the Spirit. 1) Get to know the Holy Spirit. 2) Learn to enter God’s presence 3) Hear God’s voice clearly! Go deeper!
Has God called you to be a leader? Ministry Today magazine is the source that Christian leaders who want to serve with passion and purpose turn to. Subscribe now and receive a free leadership book.
Did you enjoy this blog? Click here to receive it by email.
Love For His People, Inc. founded in 2010 by Steve & Laurie Martin. Charlotte, NC USA