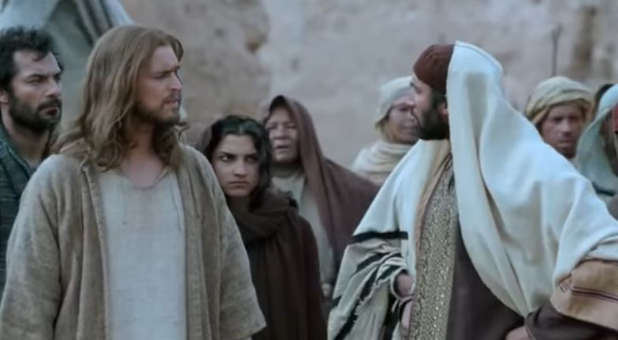 If Jesus is the Jewish Messiah, Then Why Don’t Most Jews Believe in Him?

To many Jewish believers, it seems rather strange to think that the Messiah could have come but that comparatively so few of their people believe in Him. The question is often expressed like this: “So, with all the scholars and rabbis searching to discover the Messiah, you’re the only genius to figure this out?”
The number of living Jewish people who believe in Yeshua numbers somewhere between 200,000 and more than a million. Though this number is not insignificant, it is still not the majority of the Jewish people. Many believe truth is determined by majority vote. However, as much as this may play a role in the politics of men, it has little to do with the truth of God.
In the Hebrew Scriptures (the Tanakh), the prophet Isaiah declares that most Jewish people would not recognize the Messiah when He first came: “Who has believed our report? And to whom has the arm of the Lord been revealed? For he grew up before Him as a tender plant and as a root out of a dry ground. He has no form or majesty that we should look upon him nor appearance that we should desire him. He was despised and rejected of men, a man of sorrows and acquainted with grief. And we hid, as it were, our faces from him; he was despised, and we did not esteem him” (Is. 53:1-3).
God knew and revealed to Isaiah a truth that seems obvious once we understand it: The majority of people don’t want God’s way of salvation—not even religious people. In fact, that’s exactly what Isaiah goes on to say: “All of us like sheep have gone astray; each of us has turned to his own way, but the Lord has laid on him the iniquity of us all.  (Is. 53:6).
It was prophesied that although He would be our sin-bearer, the true Messiah would be rejected by the majority of the Jewish people when He first came. Isaiah makes this matter crystal-clear by further stating: “The remnant shall return, even the remnant of Jacob to the mighty God” (Is. 10:21).
God recognized that only a “remnant,” a tiny portion of the whole nation, would believe and make teshuvah (repentance). Only this remnant would “return … to the Mighty God.” This prediction is fulfilled in the Jewish people (like me) who have come to believe in Yeshua.
The New Covenant (see Jer. 31:31-34) also compares the present situation with the time of Elijah the Prophet, when the majority of the Jewish people were apostate: “So then at this present time there is a remnant according to the election of grace” (Rom. 11:5).
Though the Scriptures make clear the phenomenon of general unbelief, there will be some who still wonder how the rabbis could have missed it. It helps to understand that the Messiah whom God promised and sent was not the Messiah for whom the world or the rabbis were looking. Instead, they wanted a Messiah who would immediately remove Roman domination from Israel and return it to its former glory.
But the purpose of Yeshua’s coming was to die for sins as the perfect Passover Lamb. Rather than vindicate the self-righteous judgment of the rabbis, Yeshua insisted the religious leaders of Israel repent as well. This was intolerable for the rabbinical leaders, and, though many in Israel did accept Yeshua as Messiah, the majority of the Jewish people and rabbis rejected Him, just as the prophets had predicted.
However, there will come a time when our people as a nation will come to believe in Him. The Prophets also spoke of this future day: “And I will pour out on the house of David and over those dwelling in Jerusalem a spirit of favor and supplication so that they look to Me, whom they have pierced through. And they will mourn over him as one mourns for an only child and weep bitterly over him as a firstborn” (Zech. 12:10).
“The stone that the builders rejected has become the cornerstone“ (Ps. 118:22).
One day our people will trust in Yeshua, their Messiah and King.
But before this glorious time, we are told that a “remnant” of Israel will believe in the Messiah. You can be part of this remnant if you will acknowledge Yeshua for what the Tanakh and the New Covenant declare Him to be: the true Messiah of our people. Shalom!

Dr. Sam Nadler is a Jewish believer in Jesus who has been in Messianic ministry for over 40 years. Sam is the president of Word of Messiah Ministries, which is bringing the gospel to the Jew first but not to the Jew only, and planting Messianic Congregations in Jewish communities worldwide. To encourage and equip the Body of Messiah in our shared calling, Sam is invited to speak in churches across the country and has written multiple books on Jewish evangelism, discipleship and the Feasts of Israel. For more information and resources, to subscribe to Sam’s new podcast or to invite him to speak at your church, visit: www.wordofmessiah.org.
3 Reasons Why you should read Life in the Spirit. 1) Get to know the Holy Spirit. 2) Learn to enter God’s presence 3) Hear God’s voice clearly! Go deeper!
Has God called you to be a leader? Ministry Today magazine is the source that Christian leaders who want to serve with passion and purpose turn to. Subscribe now and receive a free leadership book.
Did you enjoy this blog? Click here to receive it by email.
Love For His People, Inc. founded in 2010 by Steve & Laurie Martin. Charlotte, NC USA