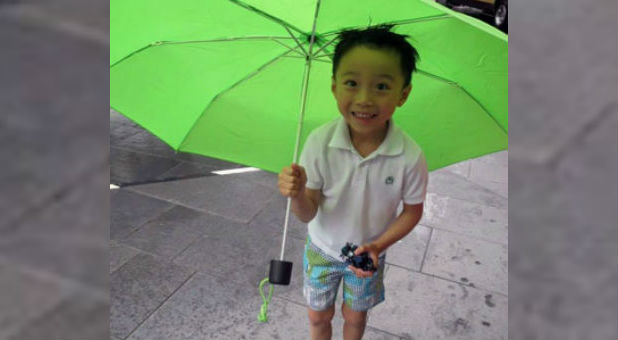 11/10/2016 MARK ELLIS/ASSIST NEWS SERVICE  CHARISMA NEWS
Join us on our podcast each weekday for an interesting story, well told, from Charisma News. Listen at charismapodcastnetwork.com.
Her husband’s untimely death from a rare form of cancer left her reeling. As she wallowed in grief, seeking God’s presence, her five-year-old had several vivid dreams about heaven (and hell) that buoyed her faith in the Lord.
Uyen “Wyn” Tran and her husband, Ton, lived in Australia for 30 years following their arrival from Vietnam. He was a mechanical engineer and she a pharmacist, fulfilling their dreams in a land of fresh opportunities, when they received unexpected and devastating news.
In 2013, Ton was diagnosed with a rare form of cancer growing in his nose and throat. He was given four months to live. Ton was not a believer during their eight years of marriage, but two months before he died, he accepted Jesus as his Savior and Lord.
“By God’s grace he lived a year,” Wyn recounts. “When he passed away, I was so devastated. I believed with all my heart he would be healed.” Some of their friends also believed he would be healed and even thought they saw a vision of him cured, testifying about his healing.
But it was not to be. On Feb. 13, 2014—one day before Valentine’s Day—he passed into the arms of Jesus.
Because of Wyn’s overwhelming confidence he would be healed, Ton’s passing undercut her faith. “I held on to that (his healing) with every ounce of belief. When he actually passed away I couldn’t figure it out. For three days I was in a daze,” she says.
“Please give me a dream or vision,” she cried out to God, desperate for His reassurance.
The dream came from an unlikely source—her 5-year-old son, Kieran.
On Sunday morning, Kieran woke up and came running into her room. “I saw dad and he was in heaven. It was beautiful, Mom. He was with God,” he said, breathlessly.
She asked Kieran what God looked like. “He had long hair and looked like Thor, and He wore all white,” he said. Kieran had recently seen the film Thor, starring Chris Hemsworth.
He said Ton was also dressed in white, with white shoes and a white hat, which Wyn thinks may refer to a halo. “It was like it was dad’s birthday and everybody was singing and clapping to him.”
“After that mommy, I was in daddy’s room,” he continued.
At first, Wyn thought he meant his earthly room, but he was referring to Ton’s heavenly home. “I was sleeping beside daddy and when I woke up he fed me my favorite food and my favorite drink and we watched TV together,” he said.
“When I got up to leave three fairies stopped me. They were really tall,” he recounted.
“Why do you say they were fairies?” she asked.
“Because they had large, white wings. Then God the Father held me,” Kierin said.
“How do you know it was God the Father?”
“He was invisible but I know He was God the Father.”
In a second dream, Kierin described his dad’s heavenly house as very large and brightly lit. “Daddy was with God,” he said. “I was sitting with God and told Him a joke, and He laughed.
“I saw two holes in his wrists. One hole is here and one is here. He was bleeding, mommy, but he wasn’t crying.”
Wyn was intrigued by his description. First, she never told her son about Jesus being crucified through his wrists. Secondly, she always thought the nails that crucified Jesus went through the palms of His hands. But as she researched this, she discovered there are many who believe the Romans may have crucified Jesus through His wrists—something her 5-year-old would have no way of knowing.
In the dreams, Kierin also saw rainbows, animals and “insects that don’t bite.” He said the light in heaven comes from God.
The thing he remembers most about heaven is the peace, a concept his mother never taught him about and thinks would be difficult for most children his age to grasp.
“I have never explained peace to him,” Wyn notes. “Everything he said was consistent with what Colton Burpo described in Heaven Is for Real,” she said.
“It was like he read Colton’s book, but he never had.”
In the book there is a painting of Jesus by the talented young artist, Akiane, based on a vision she received from God. Colton Burpo said her painting was the closest to the Jesus he saw in his near-death experience of heaven. 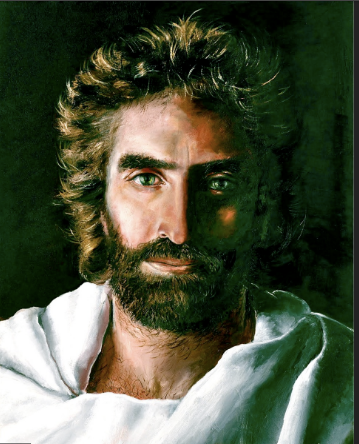 Painting by Akiane Kramarik
Wyn showed Kierin several depictions of Jesus from the internet and asked if any of them resembled Jesus. He shook his head each time an image came up, but when he saw Akiane’s painting he exclaimed, “Yes, that’s Jesus!”
“There is no doubt in my mind that that is Jesus,” Wyn says, marveling that several children around the world independently verify the image.
In his dream, Kieran also saw Satan fighting with God. He said Satan’s mouth had a long tongue like a snake. “They were fighting, Mommy, and God won, and kicked Satan out of heaven,” Kieran told her.
In Kieran’s three dreams of eternity, the third dream was about hell. “It’s really hot and it stinks, just horrible,” Kieran told her. “There was a part that Jesus held my hand and said it was dangerous and He would not take me in there.”
Wyn recorded her son describing each of the three dreams. She is glad now, because he has already forgotten a few of the details.
She believes his story may bolster people’s faith. “I have used my story to tell people there is a heaven and hell,” she says.
“Heaven is for real and God is there!” she exclaims.

This article originally appeared on Assist News Service.
3 Reasons Why you should read Life in the Spirit. 1) Get to know the Holy Spirit. 2) Learn to enter God’s presence 3) Hear God’s voice clearly! Go deeper!
Has God called you to be a leader? Ministry Today magazine is the source that Christian leaders who want to serve with passion and purpose turn to. Subscribe now and receive a free leadership book.
Love For His People, Inc. founded in 2010 by Steve & Laurie Martin. Charlotte, NC USA
Advertisements