Skip to content
November 11, 2016July 11, 2019 Steve Martin 0 Comments
Preservation experts have recently removed a marble slab covering what Christians believe to be Jesus’s tomb inside the Church of the Holy Sepulcher in Jerusalem, exposing for the first time in centuries the original surface.
National Geographic says the marble slab was pulled back for 60 hours as part of a restoration and archaeological study. Scientists at the site said the tomb has been covered by marble cladding since at least 1555 CE, and most likely dating to an even earlier period. 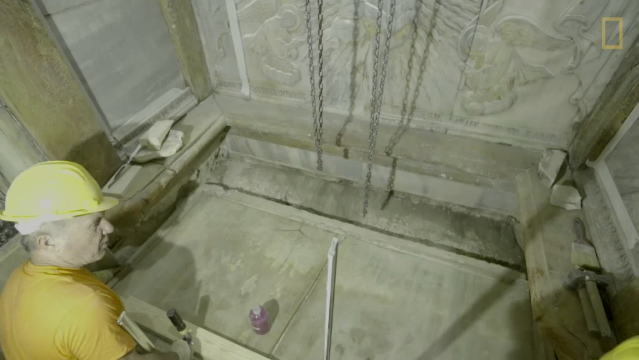 “The marble covering of the tomb has been pulled back, and we were surprised by the amount of fill material beneath it,” said Fredrik Hiebert, archaeologist-in-residence at the National Geographic Society, a partner in the restoration project. “It will be a long scientific analysis, but we will finally be able to see the original rock surface on which, according to tradition, the body of Christ was laid.”
Hiebert said the conservation team first found fill material underneath the marble covering and then, upon digging deeper, came across another marble slab (the Holy bed) with a cross carved into its surface.
“I’m absolutely amazed. My knees are shaking a little bit because I wasn’t expecting this,” he is quoted as saying by National Geographic. “We can’t say 100 percent, but it appears to be visible proof that the location of the tomb has not shifted through time, something that scientists and historians have wondered for decades.”
This is a remarkable discovery and an exciting time for our world. Watch the video below of actual footage of inside the tomb!
Watch video here: tomb uncovered
Originally posted at Israel21c. PHOTO BY: Hadas Parush. 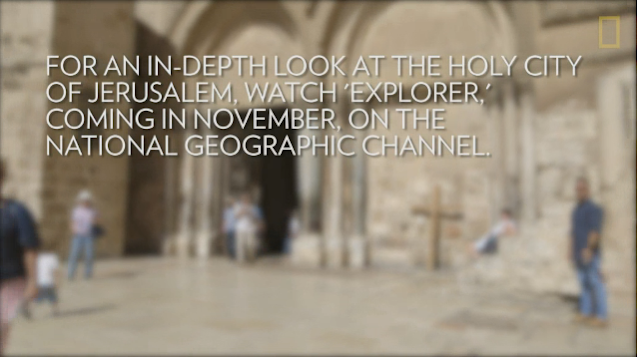