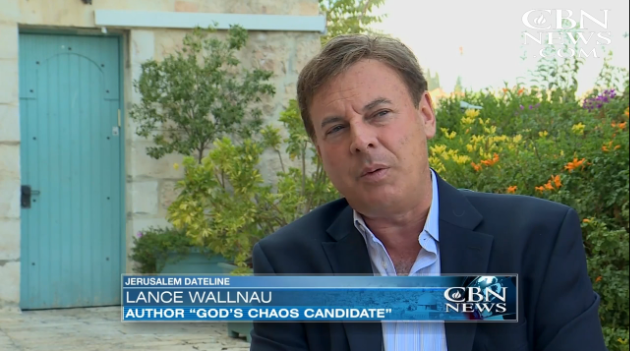 11-04-2016
CBN News Chris Mitchell
JERUSALEM, Israel – On the other side of the ocean, U.S. evangelical Christians are divided about what to do with Donald Trump.
The views range from abandoning Trump to standing with him, believing he has a biblical mandate.
When the tape surfaced recently of Trump making inappropriate comments about women, some evangelicals said it was time to head for the doors.
In a commentary entitled “Unfit for Power,” published Oct.11, World Magazine claimed Trump was unfit for power and asked him to step aside.
“A Trump step-aside would be good for America’s moral standards in 2016,” the article read. “It’s still not too late to turn the current race between two unfit major party candidates into a contest fit for a great country.”
Yet another major evangelical leader, Dr. James Dobson, stands behind the Republican nominee.
“So…is Donald Trump good for America? I honestly believe that he has been already,” he wrote. “He has shaken the political system. Do his comments offend me? At times! Do I agree with all he says? Not at all!”
Evangelical leader and author Lance Wallnau believes Trump is like the Persian King Cyrus the Great.
“It’s not a normal election and so we — it’s — we almost need a different kind of candidate,” Wallnau told CBN News. “Trump has the Cyrus anointing to navigate in chaos.”
According to the Bible, Cyrus ruled over ancient Babylon and made a decree that the Jewish Temple in Jerusalem should be rebuilt. He also allowed Jews to return to Jerusalem to help in the rebuilding.

“He came in, this king, as a secular ruler and decreed for the building of the house of the Lord. He literally made it possible for the Jews to end the captivity,” he explained.
Wallnau wrote a book about this Cyrus connection called God’s Chaos Candidate.
“I literally wrote the book for a 30-day purpose,” he said. “It’s like a sacrifice.  I wrote the book for this election so that believers could know what to do.”
Yet others aren’t so sure about the biblical analogy of Trump and Cyrus. One apologist wrote he sees a number of “potential problems or gut checks that give (him) serious pause in regard to the ‘Trump as Cyrus’ word.”
But Wallnau believes with China asserting itself, Russia getting more aggressive in the Middle East and the growing threat of Iran, the world is becoming increasingly dangerous for the U.S.
“America’s going to have a challenge either way,” he said. “With Trump, I believe we have a Cyrus to navigate through the storm.”
Watch here: CBN News in Jerusalem
Love For His People, Inc. founded in 2010 by Steve & Laurie Martin. Charlotte, NC USA