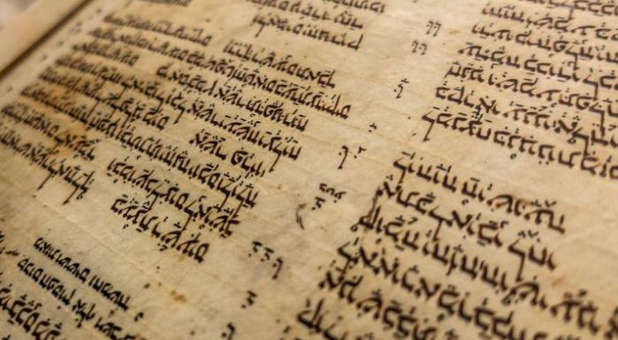 The Miraculous Timing of the Dead Sea Scrolls Discovery

A Bedouin goat herder discovered the Dead Sea scrolls by accident in 1947. I imagine when the Qumran Jewish community hide them, as Jerusalem was about to be destroyed the late 1960s, they wondered who would one day find them.
What they didn’t know—not the goat herder, nor the Essene Jews—was that God had planned it out from the beginning!
In late 1947, the United Nations was set to vote on what was called Partition. They would take the remaining 20 percent of the land that Great Britain had promised to the Jewish people in the Balfour declaration of 1917—80 percent had already been given to create the new Arab country of Jordan—and create another state for Arabs and one tiny state for the Jews. (By the way, if anyone tells you that there needs to be a homeland for Palestinians, you can tell them it was created in 1921 and it is called Jordan!) Anyway, the vote was set for Nov. 29.
Getting back to the scrolls, the goat herder had no idea what he had stumbled upon. He was put in touch with an antiquities dealer in Jerusalem named Kando. When Hebrew University Professor Eliezer Sukenik heard of the discovery, he was intrigued. Risking his life because of the Jewish/Arab tensions over the U.N. vote, he arranges a meeting with Kando and, after a brief inspection, he goes to Bethlehem to see the other scrolls. He is overwhelmed as he realizes what he might be reading.
“My hands shook as I started to unwrap one of them. I read a few sentences. It was written in beautiful biblical Hebrew. The language was like that of the Psalms, but the text was unknown to me. I looked and looked, and I suddenly had the feeling that I was privileged by destiny to gaze upon a Hebrew Scroll which had not been read for more than 2,000 years.”
After some negotiations, he leaves with scrolls. He catches the bus back to Jerusalem. He was surrounded by Arabs and was quite nervous. Would he actually ever get home with his precious cargo? Yes, and as soon as he arrived home he poured over the scrolls only become more convinced of his historic discovery.
And here is where it gets crazy! I’ll just quote the professor:

While I was examining these precious documents in my study, the late news on the radio announced that the United Nations would be voting on the resolution that night—whether or not Israel would be allowed to become a nation—My youngest son Mati, was in the next room, twiddling radio knobs in an effort to get New York. … From time to time, he would give me a brief commentary on what had been said. It was past midnight when the voting was announced. And I was engrossed in a particularly absorbing passage in one of the scrolls when my son rushed in with the shout that the vote on the Jewish State had passed. This great event in Jewish history was thus combined in my home in Jerusalem with another event, no less historic, the one political, and the other cultural.

The timing of this is clearly prophetic. The scrolls remained hidden for anyone to find for nearly 2,000 years. And on the very day, the very day, that Israel’s rebirth was confirmed, a Jewish professor confirms the existence of ancient Israel.
You really have to be intellectually dishonest if you are going to claim that God was not behind Israel’s dramatic rebirth.

Ron Cantor is the lead pastor of Tiferet Yeshua congregation in Tel Aviv, a Hebrew speaking outreach to Israelis. He is also the author of Identity Theft, Leave Me Alone—I’m Jewish and his newest book coming out this spring, The Jerusalem Secret, a novel about the first Jewish believers. Ron blogs at messiahsmandate.org.
For the original article, visit reviveisrael.org.
3 Reasons Why you should read Life in the Spirit. 1) Get to know the Holy Spirit. 2) Learn to enter God’s presence 3) Hear God’s voice clearly! Go deeper!
Has God called you to be a leader? Ministry Today magazine is the source that Christian leaders who want to serve with passion and purpose turn to. Subscribe now and receive a free leadership book.
Did you enjoy this blog? Click here to receive it by email.
Love For His People, Inc. founded in 2010 by Steve & Laurie Martin. Charlotte, NC USA