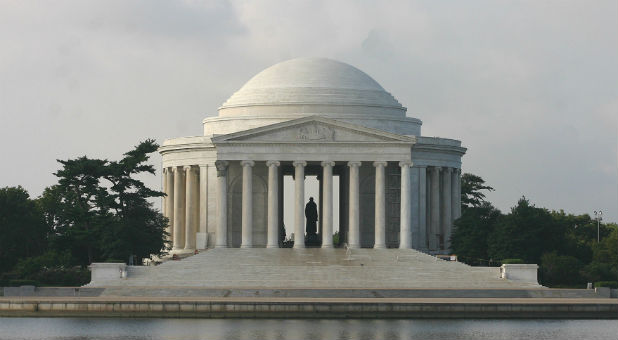 Sound the Shofars in the Nation’s Capital

10/31/2016 DAN CUMMINS  CHARISMA NEWS
Nov. 6, 7 and 8—three nights leading up to the most important presidential election since the Civil War, concerned citizens will be gathering at the Upper Senate Park across Constitution Avenue from the U.S. Capitol to pray for the election and the nation’s future.
Leading the three-night prayer vigil are hosts Pastor Dan and JoAnn Cummins of The Jefferson Gathering Worship Services and led by well-known Christian churches and organizations including the Skyline Wesleyan Church in San Diego, Triumph Church of D.C., Concerned Women for America, Family Research Council, Congressional Prayer Caucus Foundation, Somebody Cares International of Houston, Texas, Faith & Action in the Nation’s Capital, and Hombres De Palabra (Men of Their Word) both of Washington, D.C.
The organizers believe that prayer, not politics, is the only hope and answer to America’s problems. “Where people are praying, there is hope. When people pray things happen,” says Pastor Dan Cummins, an associate pastor of Skyline Wesleyan Church in San Diego, California, and the onsite pastor of The Jefferson Gathering Worship Services which are held weekly in the nation’s Capitol building for members of Congress, staff and all federal employees. Cummins and his wife, JoAnn, first began holding “Come Pray With Me” rallies in the small rural East Texas town of Bullard in 2010.
The public is welcome to join the non-partisan evening vespers.
“Skyline Church is involved because we understand that America is in a crisis moment. The nation—as we know it—is gasping for air.  This is neither melodramatic nor defeatist. It is simply fact,” says Dr. Jim Garlow, senior pastor of Skyline Church in San Diego and oversite pastor of the Jefferson Gathering. “The kingdom of God will be fine—with or without America. But America may not survive. We pray for voters to enter the voting booth with a healthy reverence of God, casting a ballot for biblical concepts and principles.”
Doug Stringer, of Houston, Texas, and founder of Somebody Cares International, believes that “we are living in very challenging, critical and volatile times. Every day the news is filled with more human tragedy or disaster. Crises are escalating at an unprecedented rate. As the body of Christ, we must respond.” The reason Stringer and many from his organization are flying to Washington, D.C., to participate, “It’s about the church humbling herself and crying out before God. Our private posture affects our public influence. Our private choices have public consequences. There is a battle for the soul of our nation.”
Though the event is advertised as “non-partisan” the focus of its prayers will be for the nation and the election. Organizers believe that it was upon the influence of Judeo-Christian ethics that America was founded. They hope that this election will be influential in bringing the nation back to its core values.
“There is a steady undercurrent of targeted efforts to remove God from every vestige of American life and culture. These battles confirm a tangible reality that the things we hold sacred are slowly eroding away all around us,” says Lea Carawan, president and executive director of the Congressional Prayer Caucus Foundation. “Thankfully, God’s people are unifying with one heart and one voice in prayer for the country and those who lead her. God has been and always will be our only source of hope.”
The focus of evening prayers will span from the White House to every house in America. The Supreme Court nominees and the judicial system will be a center of focus.
“If ever the American people needed to talk and listen to God—it is now. Faith & Action in the Nation’s Capital is a missional ministry to our nation’s leaders, no matter who they are. It is clear, that our work on Capitol Hill is more important now than it has been before,” says Peggy Nienaber, vice president of programs and operations for “Faith & Action in the Nation’s Capital,” an organization that ministers primarily to the Supreme Court.
Other organizations participating in the Upper Senate Park pray vigil are Concerned Women for America, Family Research Council, Triumph Church of D.C. and Hombres De Palabra (Men of Their Word).
Individuals and church groups are invited to attend. The organizers ask that no political clothing, apparel, banners or signs be worn or brought to the event. This also includes any type of musical interments or shofars. You may bring lawn chairs and blankets. Suggested parking for cars and buses is provided at Union Station just north of Upper State Park.