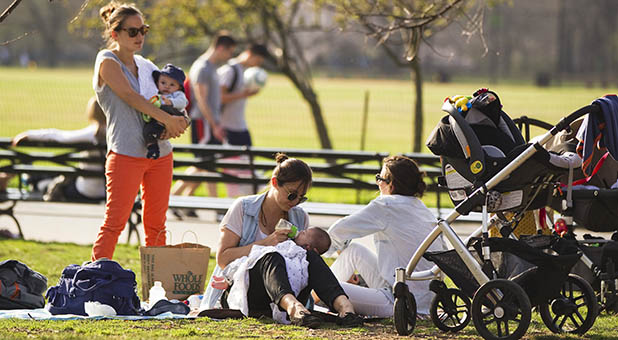 American Women Stay Home By Choice
THE EAGLE FORUM  CHARISMA NEWS Oct. 31, 2016
To the dismay of liberals, the percentage of women who are in the workforce has not increased in the last quarter century. In 1990, 57 percent of women aged 16 and older were in the workforce. Today, 57 percent of such women are in the workforce, and no more. This is a lower percentage than in many foreign countries. Women are staying at home in America by choice.
The unemployment rate for women is only 4.3 percent, which is lower than the unemployment rate for men, so women who want jobs are in a better position than men to find one. Yet nearly twice as many women aged 16 to 64 are not in the workforce than men. There are 13 million more women of working age who are not in the labor force compared with men who do not have jobs.
This is the real gender gap that liberals do not want to talk about. Women prefer to stay at home in far greater numbers than men do. Many of these stay-at-home women are raising their children, of course, or helping raise grandchildren. Women are also nearly twice as likely as men to want part-time jobs. These jobs tend to pay less, with fewer opportunities for advancement. Women prefer jobs that are safer and less-demanding, and thus lower-paying, than the dangerous lines of work that men often go into. For example, construction jobs tend to be higher-paying for both men and women, but few women want those jobs. Less than 10 percent of construction workers are women.
Liberals often claim that women make less than men in the workforce, but equal pay for equal work has been federal law for more than 50 years, since 1963. The small gap in average earnings between men and women is not due to any unequal pay for equal work, but is due to women preferring part-time jobs and safer occupations, or even leaving the workforce entirely for extended periods of time, none of which is caused by any discrimination.
This article was originally published at EagleForum.org. Used with permission.