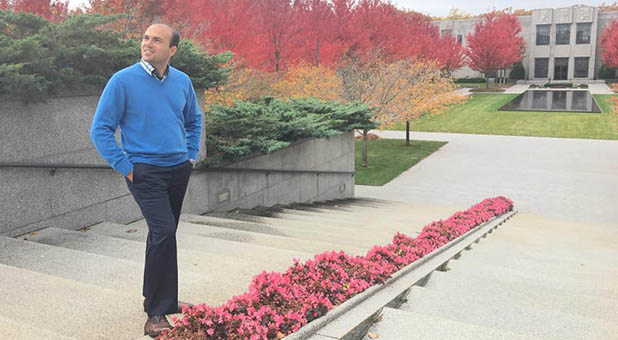 10/26/2016 BOB ESCHLIMAN  CHARISMA NEWS
Persecuted pastor Saeed Abedini, who hasn’t been afraid to share his thoughts—and what God is speaking to him—about the 2016 presidential election, issued the following statement earlier this week via his Facebook page:
So many people make decisions for their future by looking at decisions they made in the past. This is not looking at life the way God does. When God looks at us He looks with the eyes of Mercy of Grace.
In the past few months, we have seen how the media is attacking to Donald Trump’s past. I have even heard so many people said he is not a Christian. Of course, only God knows this for sure, but what I see is God is using him and anointed him. It seems to me that he is the Cyrus of our modern day, but like you and me, he is a flawed man, in the process of spiritual growth.
As a nation, I believe we are in an unfolding process, too. History recounts the story of the King Cyrus of Persia, my native country. I believe God raised up this man for His great mission.
We don’t know Cyrus’ spiritual condition, but we know Yahweh used him mightily in history as the king of Persia to save Israel. Persia or Arian was the first country in history to support Israel. While the United States is the most powerful empire in the world, there is a spiritual lesson here standing with Israel. Donald Trump supports Israel. Although giving lip service in order to appear politically correct, Hillary Clinton does not.
As I said in my previous post on Facebook, God used kings in the Old Testament to accomplish His purposes. When we hear that this candidate or that candidate is not a strong Christian or has a past that disqualifies him to be the president of the United States, my answer is that we are a nation, a people who are also sinners, saved by grace.
First, we should be truthful about our own walk with God. Instead of worrying about others’ spiritual growth, we should humbly come before God in repentance and humility. Then we should trust His providence to raise up leaders who honor Him. Judging is not our business; this is God’s business and, throughout history, even through leaders like Cyrus, God has demonstrated that He always does His business well.
Jesus went to the cross and paid the punishment of our sin. Before we were even born, He shed his blood. Redemption is God’s specialty.
We all are under God’s construction and He definitely knows how to finish and equip for the future what He has already started. For these reasons, I trust God. And as far as the decision this nation is facing and given the choice that faces us, I trust Donald J. Trump.