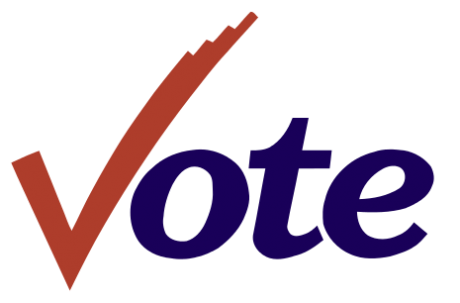 It Is Happening Again! Voting Machines Are Switching Votes From Donald Trump To Hillary Clinton
Posted: 25 Oct 2016   Michael Snyder  THE ECONOMIC COLLAPSE BLOG
Is the 2016 election in the process of being stolen?  Just a few weeks ago I issued a major alert warning that this exact sort of thing might happen.  Early voting has already begun in many states, and a number of voters in Texas are reporting that the voting machines switched their votes from Donald Trump to Hillary Clinton.  The odd thing is that none of the other choices were affected when these individuals attempted to vote for a straight Republican ticket.

If Hillary Clinton is declared the winner of the state of Texas on election night, a full investigation of these voting machines should be conducted, because there is no way that Donald Trump should lose that state.  I have said that it will be the greatest miracle in U.S. political history if Donald Trump wins this election, but without the state of Texas Donald Trump has exactly zero chance of winning.  So those living down in Texas need to keep reporting anything unusual that they see or hear when they go to vote.

Most Americans don’t realize this, but the exact same thing was happening during the last presidential election.  The state of Ohio was considered to be the key to Mitt Romney’s chances of winning in 2012, and right up to election day the Romney campaign actually believed that they were going to win the state.

Unfortunately for Romney, something funny was going on with the voting machines.  In a previous article, I included a quote from an Ohio voter that had her vote switched from Mitt Romney to Barack Obama three times…

“I don’t know if it happened to anybody else or not, but this is the first time in all the years that we voted that this has ever happened to me,” said Marion, Ohio, voter Joan Stevens.
Stevens said that when she voted, it took her three tries before the machine accepted her choice to vote for Romney.
“I went to vote and I got right in the middle of Romney’s name,” Stevens told Fox News, saying that she was certain to put her finger directly on her choice for the White House.
She said that the first time she pushed “Romney,” the machine marked “Obama.”
So she pushed Romney again. Obama came up again. Then it happened a third time.
“Maybe you make a mistake once, but not three times,” she told Fox News.

And we did see some very, very strange numbers come out of certain areas of Ohio four years ago.

For example, there were more than 100 precincts in Cuyahoga County in which Barack Obama got at least 99 percent of the vote in 2012.

If that happened in just one precinct that would be odd enough.  But the odds of it happening in more than 100 precincts in just one county by random chance are so low that they aren’t even worth mentioning.

And of course this didn’t just happen in Ohio.  Similar things were happening all over the country.

The reason why I bring all of this up is to show that there is a pattern.  If a fair vote had been conducted, Romney may have indeed won in 2012, and now it appears that voting machines are being rigged again.

In Wichita County, Texas so many people were reporting that their votes were being switched from Trump to Clinton that it made the local newspaper…

Shortly after early voting booths opened Monday in Wichita County, rumors swirled online about possible errors in the process. Several online posts claimed a friend or family member had attempted to vote straight party Republican ticket, but their presidential nomination was switched to the Democratic nominee, Hilary Clinton. None of the local reports were from people who experienced the situation first hand. A Bowie woman posted that a relative who lives in Arlington saw her votes “switched.” The post was shared more than 100,000 times Monday.

And Paul Joseph Watson has written about some specific individuals that are making allegations that their votes for president were switched by the machines.  One of the examples that he cited was a Facebook post by Lisa Houlette of Amarillo, Texas…

Gary and I went to early vote today…I voted a straight Republican ticket and as I scrolled to submit my ballot I noticed that the Republican Straight ticket was highlighted, however, the clinton/kaine box was also highlighted! I tried to go back and change and could not get it to work. I asked for help from one of the workers and she couldn’t get it to go back either. It took a second election person to get the machine to where I could correct the vote to a straight ticket. Be careful and double check your selections before you cast your vote! Don’t hesitate to ask for help. I had to have help to get mine changed.

I don’t know about you, but major alarm bells went off in my head when I read that.
A similar incident was reported on Facebook by Shandy Clark of Arlington, Texas…

Hey everyone, just a heads up! I had a family member that voted this morning and she voted straight Republican. She checked before she submitted and the vote had changed to Clinton! She reported it and made sure her vote was changed back. They commented that It had been happening. She is trying to get the word out and asked that we post and share. Just want everyone’s vote to be accurate and count. Check your vote before you submit!

And of course they weren’t the only ones reporting vote switching.  It turns out that lots of other Texans have also experienced this phenomenon…