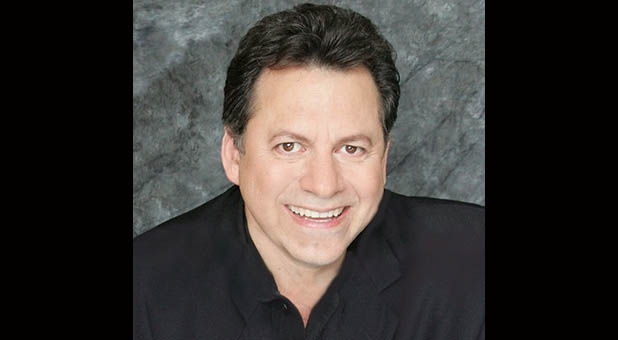 10/24/2016 MARIO MURILLO  CHARISMA NEWS
Satan’s masterstroke of deceiving, dividing and diluting Christians in America is now paying off.  He has fooled gullible Christians into helping kill America.
Millions of believers are blind to the disaster a Clinton presidency will be to their jobs, their church and their children.
They have been pickled by preaching that tells them Daddy with take care of everything, America will be okay no matter who you vote for.
Max Lucado is telling everyone that because God is on the throne, November 9th we will be fine.  History, the Bible, and the facts about Hillary Clinton refute this.
God was on the throne when Hitler rose to power.  God was on the throne when Stalin extinguished the hope of millions.
God is on the throne as Christians all over the world are being killing by radical Islam.
God is looking for heroes to rise up and—by His power—intervene to save America.  He uses people.
If Hillary wins, we will not be fine on November 9th.  The Bible says, “Proverbs 29: 2 When the righteous are in authority, the people rejoice;
But when a wicked person rules, the people groan.”  Prepare for years and years of groaning if she wins.
James Riley said:  “Texas pastor Max Lucado leads what he calls a ‘red state’ church, but Max has a maxim:  “I don’t want anybody to know how I vote.”  Max does this to make sure the Democratic voters in his church, the ones who support abortion on demand, Islamo-pandering, and class warfare are not made to feel uncomfortable. However, Max recently broke his neutrality pledge…  According to Max:
‘I would not have said anything about Mr. Trump, never — I would never have said anything if he didn’t call himself a Christian. It’d be none of my business whatsoever to make any comments about his language, his vulgarities, his slander of people, but I was deeply troubled … that here’s a man who holds up a Bible one day, and calls a lady “bimbo” the next.’
Think on that for a moment. Max closes his eyes to another “Christian,” Barack Obama, who stands foursquare for the slaughter of millions of unborn babies, at your expense, but Donald Trump called a lady a “bimbo?”
Evangelist Beth Moore has also decided to help Hillary.  “Beth Moore is standing in the gap for Hillary.  Beth Moore is breaking away from fellow evangelical leaders/speakers who stand with Donald Trump, saying she can no longer do so after hearing the 2005 recording of his off-the-record conversation with Billy Bush.  Moore suggested that Trump’s words from 11 years ago highlight how men are “objectifying” women today, and she made clear that she will not support Trump over it. She issued a number of tweets on the topic, not one of which criticized Hillary Clinton for the way she has treated the women who allege Bill Clinton sexually assaulted them — women like Paula Jones and Juanita Broaddrick.” -Awr Hawkins, Britebart News.
The fact is, neither Max nor Beth have said anything about Bill and Hillary Clinton.  So, where is their Christianity when it comes to protecting America from tyranny?
Beth, what is your opinion of Hillary enabling a rapist?  Or her laughing at a 12-year-old girl that was raped?  Why aren’t you talking about that?  Is Hillary wins, Bill Clinton will be immoral in the White House…General Colin Powell said, “Bill is still —–ing bimbos.”  What kind of a role model is that for men?
Max, Hillary said she will force religion to change its beliefs.  What are you doing to protect the sheep from that?
Eric Metaxas said, “if Hillary Clinton is elected, the country’s chance to have a Supreme Court that values the Constitution—and the genuine liberty and self-government for which millions have died—is gone. Not for four years, or eight, but forever.”
Instead of raising up an informed electorate who could vote as a moral bloc, the modern pulpit has created gullible Christians—Christians who are about to help Hillary push the nation over a cliff.
Is the motive  really about women and love of people? Or is it—once again, political correctness?  Are popular leaders wanting to look good to outsiders—hedging their bet that Hillary is going to win—and they will escape the wrath of the new order.  Are they living in denial about the evil that will befall America once she is in the White House?
One of the most amazing and revealing statements Trump ever made—he made to pastors.  The asked them why they let the country get in this condition when—all along—they had the power to get what they wanted.
He told them that there are 50 million of you, and if you had worked together you could have elected everything from city councilmen, to state Assemblymen, to Congressmen and presidents.  He is painfully correct.  That is not just a statement of our influence but of our responsibility.
To the basket of Christian gullibles I say this: NOTHING MATTERS MORE IN THIS ELECTION THAN WHAT HILLARY WILL DO TO AMERICA.  SHE WILL FILL THE SUPREME COURT WITH LEFTIST JUDGES—SHE WILL DESTROY OUR ECONOMY—SHE WILL CAUSE A WAR—ALL FORMS OF ABORTION WILL BE LEGAL—AND THE CHURCH IN AMERICA WILL BE SEVERELY CRIPPLED.
We could stop this insanity if we unified against real—not imagined evil.  If we could see our real duty in this election–if we could get over our false sensibilities and hurt feelings…we could save the country.  The great heroes of our faith, who witnessed tyranny would grab us and shake to our core if they saw our apathy and naiveté in the face of this threat.
I am not fretting over the fate of Christianity.  I am fretting over my nation.  I know Christianity will survive without America, but America will not survive without Christianity.  America…as you have known it will not survive Hillary Clinton.
Mario Murillo is a California-based evangelist and an author.
This article was originally published at MarioMurillo.org. Used with permission.