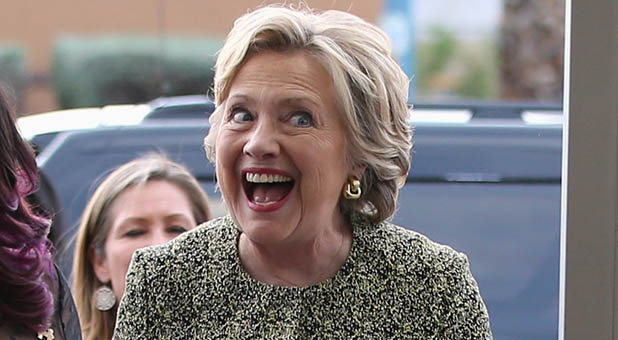 What Do the ‘Catholic Emails’ Say About the Clinton Campaign’s View on Evangelicals?

10/13/2016 BOB ESCHLIMAN  CHARISMA NEWS
By now, everyone has heard about the emails between Democratic presidential nominee Hillary Clinton’s campaign chairman, John Podesta, and a liberal advocacy group that was bent on launching a “Catholic Spring” uprising.
The goal: to get the Roman Catholic Church to “soften” its positions on key social issues, such as abortion and same-sex “marriage.” And not surprisingly—according to a batch of “Podesta emails” released by WikiLeaks—the Clinton camp thought that would be a splendid idea.
The “Catholic Emails” weren’t just an attack on Catholics, but rather an attack on Christians in general.
One particular email included mockery and bigotry that would have been deemed unbearable if they had been uttered by someone with an “R” behind his or her name. In it, John Halpin, a “senior fellow” at the Center for American Progress, asserted:
Friggin’ Murdoch baptized his kids in Jordan where John the Baptist baptized Jesus. Many of the most powerful elements of the conservative movement are all Catholic (many converts) from the SC and think tanks to the media and social groups. It’s an amazing bastardization of the faith. They must be attracted to the systematic thought and severely backwards gender relations and must be totally unaware of Christian democracy.
The email was sent to Podesta and Clinton Campaign Communications Director Jennifer Palmieri. Palmieri—who at the time the email was sent was also working for the Center for American Progress—was the first to respond:
I imagine they think it is the most socially acceptable politically conservative religion. Their rich friends wouldn’t understand if they became evangelicals.
Podesta then chimed in:
Excellent point. They can throw around “Thomistic” thought and “subsidiarity” and sound sophisticated because no one knows what the [expletive] they’re talking about.
Donald Trump’s campaign convened a meeting of its Catholic Advisory Group on Wednesday to address the issue. And several members of the group released the following statement:
For 30 years, Hillary Clinton has harbored open and extreme hostility to issues of importance to Catholics. She is for partial-birth abortion and thinks taxpayers should pay for it. She also supports denying full and free exercise of the Catholic faith of the Little Sisters of the Poor, who have taken care of the elderly poor since 1839, through Obamacare’s HHS mandate, recently struck down by the Supreme Court. The mandate would have forced these Catholic sisters to pay for contraceptives and abortion pills in their health care plan or else face crippling government fines that would have shut their doors and ended their charitable work if they refused to abide by this onerous and unconstitutional rule.
The emails published by WikiLeaks reveal the depths of the hostility of Hillary Clinton and her campaign toward Catholics, and the open anti-Catholic bigotry of her senior advisors, who attack the deeply held beliefs and theology of Catholics.
These Clinton advisers, viciously mocking Catholics as they have, turn the clock back to the days of the 20th century “No Catholics Need Apply” type of discrimination.
Hillary Clinton and her campaign should be ashamed of themselves and should immediately apologize to all Catholics and people of good will in the United States.
The same could apply to evangelicals too.