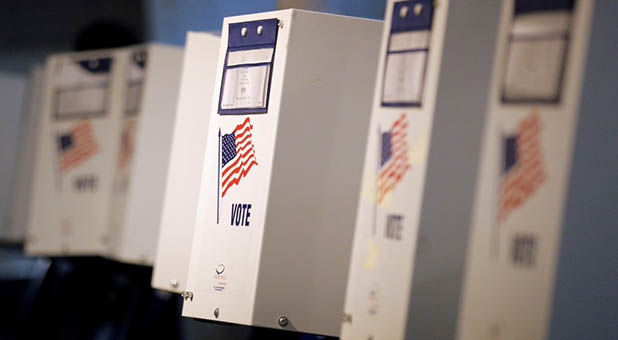 10/13/2016 BOB ESCHLIMAN  CHARISMA NEWS
During the Republican and Democratic national conventions in July, the pro-life group Created Equal engaged in outreach and activism.
During the Republican convention in Cleveland, the group urged delegates to keep pro-life planks in the party platform. At the Democratic convention in Philadelphia, they confronted the party’s support of abortion practices.
Now, the group is launching another pro-life outreach program aimed at encouraging voters to “vote anti-abortion.” They will soon take their message to citizens as a voter-education campaign kicks off across the swing states of Pennsylvania, Ohio, and Florida prior to the Nov. 8 general election.
“This ‘battleground tour’ encourages voters to cast their ballot against abortion,” the group announced in a press release Wednesday. “[Created Equal] is using images of abortion victims on airplane tow banners, billboard trucks and jumbo-tron television screens. Images, confirmed by recent research, that increase voters undecided on the abortion topic to increase choosing anti-abortion candidates by up to 30 percent.”
The tour will begin next week with plans to visit Harrisburg and State College, Pa.; Toledo, Cincinnati, and Columbus, Ohio; and Jacksonville, Orlando, Tampa, St. Petersburg, and Miami, Fla. In addition to the use of imagery, the group will stage rallies in each of those cities.
“We are facing the most important election of our lifetime,” Created Equal National Director Mark Harrington said. “Our nation’s fate and the lives of millions of preborn children hang in the balance this election. 2016 is a turning point for America. We are on the streets, on the road and in the air. Our comprehensive outreach campaign will educate thousands of voters in battleground states.”