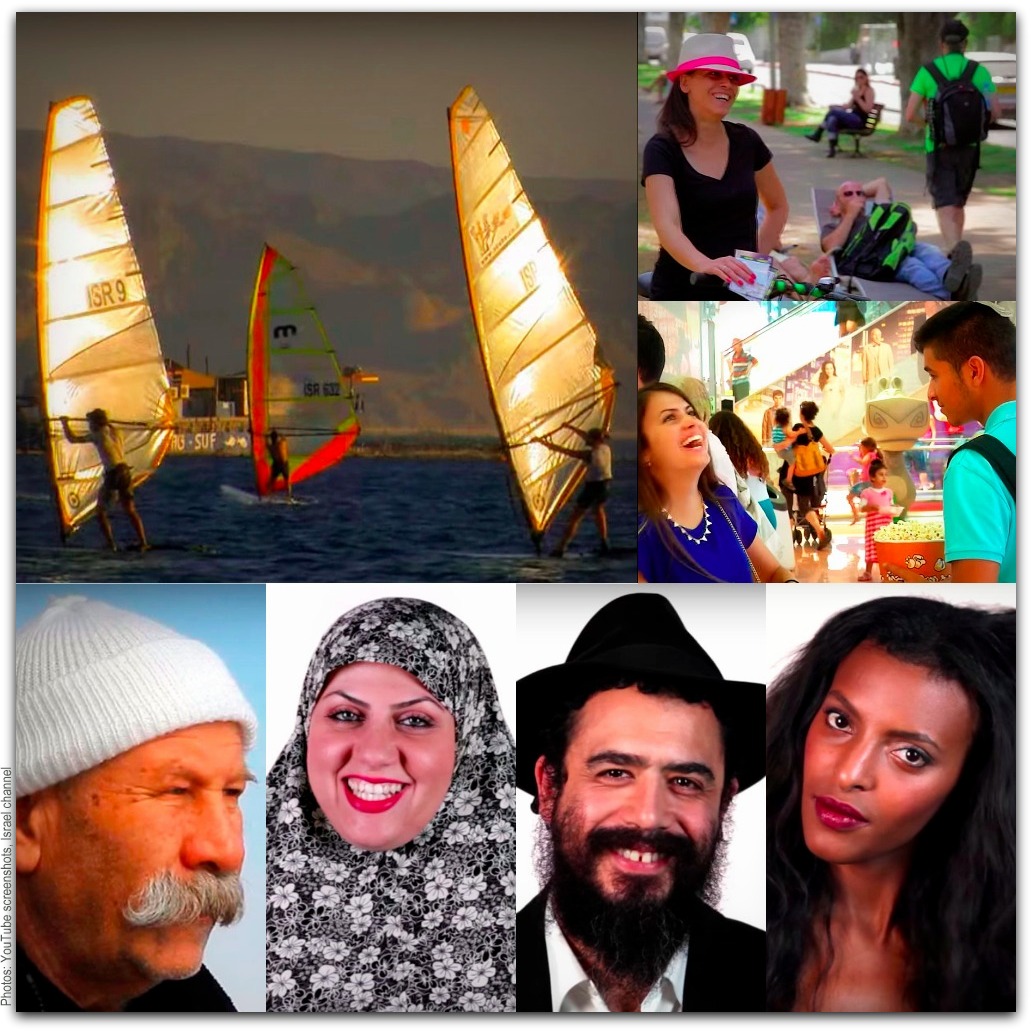 HOOKED ON SMARTPHONES, HOW ELSE DO ISRAELIS DO LIFE?  Zeev Klein, Ilan Gattegno, and Israel Hayom Staff

A record number of babies are being born; 74.8% of the population is Jewish, 20.8% Arab; citizen clock an average of 7.4 hours per day on their smartphones. How else do Israeli’s do life?
✡✡✡✡✡✡✡✡✡✡✡✡✡✡✡✡✡✡
Israel’s population continues to grow, and as the country moves through the High Holidays, the population stands at 8,585,000 citizens. This and other figures come from an annual census recently published by the Central Bureau of Statistics (CBS) in its annual journal “Israel in Figures.”
The country’s population comprises 74.8% Jews and 20.8% Arabs. Some 183,000 foreign workers and illegal migrants also live in Israel.
Since Rosh Hashanah in September 2015, the country’s population has increased by 172,000, a 2% growth over the previous year. A record 189,000 babies were born in 2015, compared to 178,000 in 2015.
HOW LONG DO ISRAELIS LIVE?
The average life expectancy in Israel has increased dramatically over the past two decades and now stands at 80.1 years, compared to 75.5 years in 1995. According to the CBS, expenditures on health comprise 7.5% of Israel’s Gross Domestic Product. While people are living longer, the Israeli population as a whole is young in comparison to the average in OECD nations. While the number of Israelis 65 and older is increasing, they currently represent 11.1% of the population.
HOW WILL ISRAEL LOOK IN 2040?
The CBS is also looking ahead and has prepared projections for the year 2040, when it believes that Israel’s population will have reached 13.3 million, 656,000 of whom will be over 80 years old. By then, the CBS numbers indicate, only 58.8% of Israeli residents will be secular Jews, compared to 68% today. Nearly one-fifth (19.4%) will be haredi Jews, compared to the 11.9% of the population the haredim comprise today.
MEANWHILE…
Israeli Jews are waiting longer to marry: In 2014, 62.7% of Jewish men aged 25 to 29 were single, as were 45.8% of women aged 25 to 29. In the year 2000, in comparison, only 54% of men and 33.3% of women aged 25 to 29 were unmarried.
IN GENERAL…
…Israelis are feeling pretty satisfied: 89% said they were happy with their lives, and 84% are happy with where they live. However, 36% of Israelis, some 1.3 million people, said they found it difficult to cover their monthly expenditures, and 24% said they felt under pressure constantly or frequently.
AS FOR CELL PHONES AND TECHNOLOGY…
…Israelis are also addicted to their smartphones. Over 90% of Israeli consumers use their phones morethan any other device, and average Israeli cellphone use stands at 7.4 hours per day, according to a survey by MasterCard in 23 different countries about consumers’ relationship with digital technology.
According to the numbers, 84% of Israelis use a laptop computer for more than 4.5 hours a day, and 53% use a tablet computer two hours daily.
The survey indicated that Israeli consumers were satisfied with the digital options available on travel (76%), shopping (68%) and social media (62%). However, Israeli consumers said they wanted more digital innovation in the fields of education, health and public transport.
The vast majority of consumers in Israel — 91% — said they believed that digital technology will be in wider use and will affect most of the population, which will require advanced cybersecurity, the most important aspect of digital payment methods and protecting personal data.
✡✡✡✡✡✡✡✡✡✡✡✡✡✡✡✡✡✡
This is a lightly edited version of the original article published by Israel Hayom at http://www.israelhayom.com/site/newsletter_article.php?id=36781-
Love For His People, Inc. founded in 2010 by Steve & Laurie Martin. Charlotte, NC USA