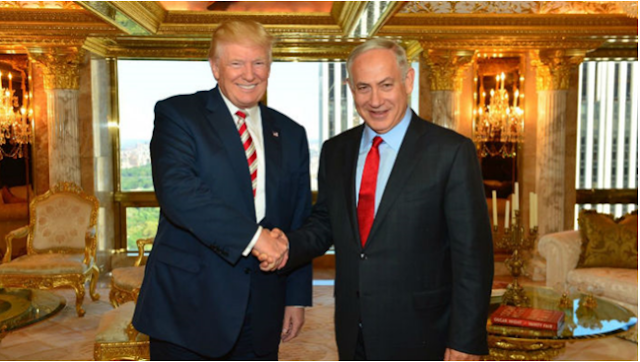 Trump Camp Boasts of Most Pro-Israel Platform Ever

US presidential candidate Donald Trump not only views Jerusalem as the eternal capital of Israel, but will fight to keep Jews “eternally” in Judea and Samaria, too, if he wins the White House.
That was the pledge made recently by Trump’s aid on Israel affairs, David Friedman, during a meeting with Israeli officials from the Samaria Regional Council.
Trump’s “Republican platform on Israel is the strongest that either party has ever developed in the history of this country,” Friedman insisted in remarks that were recorded and uploaded to the Internet.
To prove his point, Friedman noted that in addition to echoing past presidential candidates in verbally recognizing Jerusalem as Israel’s undivided capital, Trump’s platform refuses to refer to the Jewish presence in the so-called “West Bank” as an “occupation” and does away entirely with the notion of a two-state solution.
Trump met on Sunday with Prime Minister Benjamin Netanyahu in New York, where he promised that as president he would go beyond words and finally move the US Embassy to Jerusalem.
Trump was also reportedly keen to discuss with Netanyahu Israel’s advanced border fences, which he sees as a model for his controversial Mexico border plans.
Netanyahu later met with Democratic presidential nominee Hillary Clinton, who vowed that as president she would vigorously enforce the Iran nuclear deal, an agreement that Israeli leaders see as fundamentally flawed.
Want more news from Israel?Click Here to sign up for our FREE daily email updates
Love For His People, Inc. founded in 2010 by Steve & Laurie Martin. Charlotte, NC USA
Advertisements