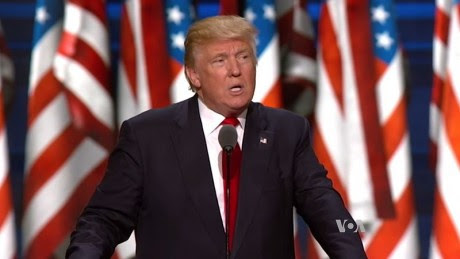 10 Things That Every American Should Know About Donald Trump’s Plan To Save The U.S. Economy
Posted: 15 Sep 2016  Michael Snyder  THE ECONOMIC COLLAPSE BLOG
Can Donald Trump turn the U.S. economy around?  This week Trump unveiled details of his new economic plan, and the mainstream media is having a field day criticizing it.  But the truth is that we simply cannot afford to stay on the same path that Barack Obama, Hillary Clinton and the Democrats have us on right now.

Millions of jobs are being shipped out of the country, the middle class is dying, poverty is exploding, millions of children in America don’t have enough food, and our reckless spending has created the biggest debt bubble in the history of the planet.  Something must be done or else we will continue to steamroll toward economic oblivion.  So is Donald Trump the man for the hour?

If you would like to read his full economic plan, you can find it on his official campaign website.  His plan starts off by pointing out that this has been the weakest “economic recovery” since the Great Depression…

Last week’s GDP report showed that the economy grew a mere 1.2% in the second quarter and 1.2% over the last year. It’s the weakest recovery since the Great Depression – the predictable consequence of massive taxation, regulation, one-side trade deals and onerous energy restrictions.

And Trump is exactly right about how weak this economic recovery has been.

So how would he fix things?

The following are 10 things that every American should know about Donald Trump’s plan to save the U.S. economy…

#2 Donald Trump would lower taxes on businesses
Under his plan, no business in America would be taxed more than 15 percent.  Alternatively, Hillary Clinton’s plan would tax some small businesses at a rate of close to 50 percent.  So Trump’s plan would undoubtedly be good for businesses, and it would encourage many that have left the country to return.

But where would the lost tax revenue be made up?

#3 Childcare expenses would be exempt from taxation
For working families with children this would be a great blessing.  Without a doubt this is an effort to win over more working women, and this is a demographic that Trump has been struggling with.

It is definitely an idea that I support, but once again where will the money come from to pay for this?

In 2015 alone, federal agencies issued over 3,300 final rules and regulations, up from 2,400 the prior year. Studies show that small manufacturers face more than three times the burden of the average U.S. business, and the hidden tax from ineffective regulations amounts to “nearly $15,000 per U.S. household” annually. Excessive regulation is costing our country as much as $2 trillion dollars per year, and Trump will end it.

#7 Donald Trump would fundamentally alter our trade relationships with the rest of the globe
Donald Trump is the first major party nominee in decades to recognize that our trade deficit is absolutely killing our economy.  I write about this all the time, and it is a hot button issue for me.  So I definitely applaud Trump for proposing the following…

#8 Donald Trump’s plan would be a tremendous boost for the U.S. energy industry
Barack Obama promised to kill the coal industry, and that is one of the few promises that he has actually kept.  Obama also killed the Keystone Pipeline, and right now the energy industry as a whole is enduring their worst stretch since the last recession.  To turn things around, Trump would do the following…

#9 Trump would repeal Obamacare
Trump claims that Obamacare would cost our economy two million jobs over the next ten years.  And without a doubt, it has already cost the U.S. economy a lot of jobs. Not only that, but Obamacare has also sent health insurance premiums soaring, and this is putting a tremendous amount of financial pressure on many families.

Trump says that he would “replace” Obamacare, but that is a rather vague statement.
What exactly would he replace it with?

#10 Trump’s plan says nothing about the Federal Reserve
This is a great concern, because the Federal Reserve has far more power over the economy than anyone else does.  It is at the very heart of our debt-based system, and unless something is done about the Fed our debt bubble will continue to get even larger.
Since the Federal Reserve was created in 1913, the value of the U.S. dollar has fallen by more than 96 percent and our national debt has gotten more than 5000 times larger.  For Trump to not even mention the Federal Reserve in his economic plan is a tremendous oversight.
We are in the midst of a long-term economic decline, and things have not gotten better during the Obama years.  If you can believe it, a study that was just released by Harvard even acknowledges this…

America’s economic performance peaked in the late 1990s, and erosion in crucial economic indicators such as the rate of economic growth, productivity growth, job growth, and investment began well before the Great Recession.
Workforce participation, the proportion of Americans in the productive workforce, peaked in 1997. With fewer working-age men and women in the workforce, per-capita income for the U.S. is reduced.
Median real household income has declined since 1999, with incomes stagnating across virtually all income levels. Despite a welcome jump in 2015, median household income remains below the peak attained in 1999, 17 years ago. Moreover, stagnating income and limited job prospects have disproportionately affected lower-income and lower-skilled Americans, leading inequality to rise. 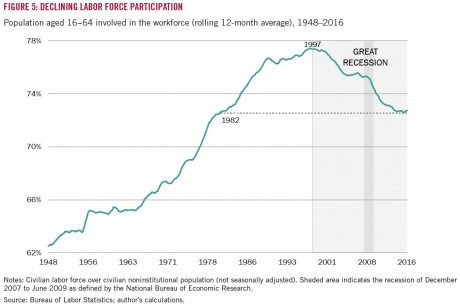 Donald Trump is promising change, and many of his proposals sound good, but there are also some areas to be concerned about.

Ultimately, just tinkering with the tax code and reducing regulations is not going to be enough to turn the U.S. economy around.  We need a fundamental overhaul of our economic and financial systems, and Trump’s plan stops well short of that.  But without a doubt what he is proposing is vastly superior to Hillary Clinton’s plan, and so he should definitely be applauded for at least moving in the right direction.

GTE – Gathering Together Event. Local churches, ministries coming together in Jesus’ Name. Unity. Needing it now. More, than ever.

BREAKING: Trump to be first president to attend March for LifePresident Trump announced today that he will be speaking at

Walk With Me, Steve Martin – “Yad Vashem, Holocaust Museum” in Jerusalem, Israel (#1 of 3)

The difference between inheritance and heritage – Israel365

“God Weeps.” – Now Think On This by Steve Martin

“What Are the Roaring 20s About?” And “It’s Time for You to Deliver” – THE ELIJAH LIST