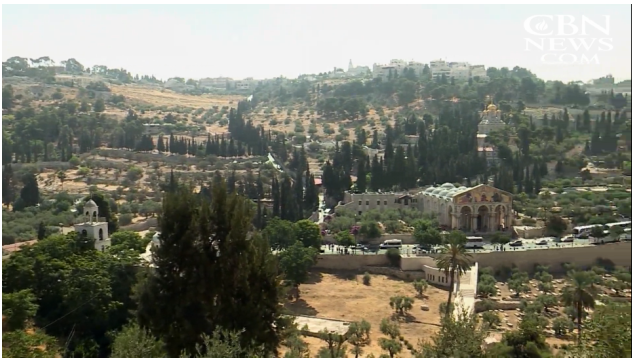 Mountain of History: Why Jerusalem’s ‘Re-Settlers’ Won’t Be Bullied

08-15-2016
CBN News Julie Stahl
+0
JERUSALEM, Israel – The Mount of Olives is an important biblical site. It’s also part of the disputed area known as East Jerusalem. CBN’s Scott Ross visited a Jewish family who is living there amidst a sea of Arabs.

The Bible mentions the Mount of Olives many times in both the Old and New Testaments – there Jesus wept over Jerusalem, prayed in the Garden of Gethsemane, was arrested, crucified and ascended to heaven.  It’s the place where Christ will return to redeem Jerusalem.

Ross visited Yishai Fleisher and his family at their home in Ma’aleh HaZeitim — the Olive Heights – in Hebrew, on the slopes of the Mount of Olives. From Fleisher’s balcony, he has a stunning, close-up view of the southeast corner of Jerusalem’s Old City. That means he’s staring at the Temple Mount with its golden Dome of the Rock shrine. 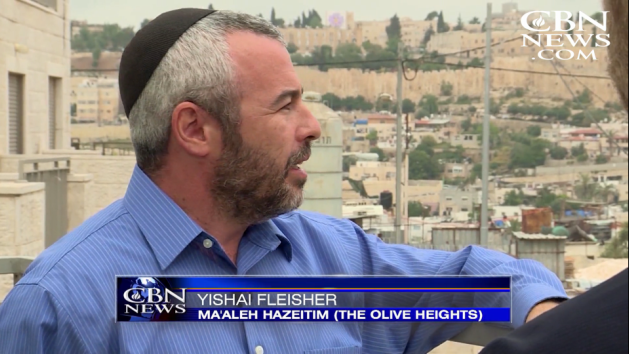 “Those are the walls that (were) rebuilt by Sultan the Magnificent (more than 450 years ago), but those are built upon the ancient city walls of Jerusalem,” Fleischer told Ross.

“We see the Temple Mount where we know the two temples stood and where Abraham almost sacrificed his son, Isaac, at the binding (of Isaac in Genesis),” he said.
A Mountain of Jewish History
Some call Fleisher a settler and say his community is a stumbling block to peace, but he says Jews have been here for thousands of years and he’s not going to be bullied out of it.
“And if we look a little more to the east, we see the magnificent Mount of Olives cemetery, which has 180,000 Jewish graves. I call it the mountain of history. It’s got important Jews – our peoples’ ancestral burial ground from 3,000 years ago,” he said.
And this ancient piece of Jewish history is located in the eastern part of the city, which many refer to as “East Jerusalem.”

“These were lands that were actually taken away from Israel in 1948 by the Jordanian Army, which was British-led and British-trained and British-armed, and in 1967, we liberated or captured these lands and returned back to places like this,” he explained.

“And that’s why it’s always so funny to me when people claim that we don’t have a right to be here, that we’re on somebody else’s land. I just point them to this mountain and say, ‘Well, look at it. It speaks for itself, you know. This is where our people have been for the last 3,000 years,'” he said.
Call Us ‘Indigenous Returnees’

Fleischer says Jewish people purchased the land where his community sits in the 1700s to expand the cemetery. But the expansion didn’t happen.

Now 100 Jewish families live in the secured complex of apartment buildings known as Ma’aleh Hazeitim built on that land. Children play within the compound in the mostly Arab neighborhood. 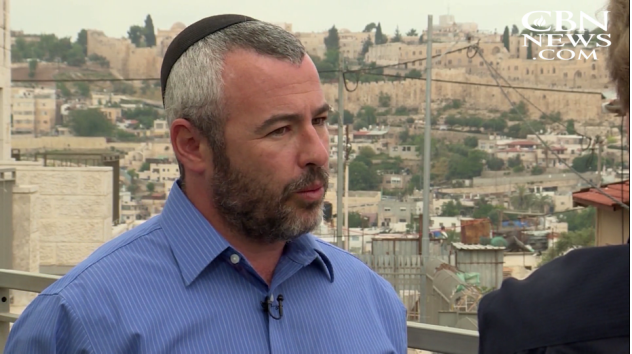 “We live with Arab neighbors. These folks are all Arabs, Muslims, a few Christians, but mostly Muslims. Yet some of them believing in the jihadist ideology that we don’t have any rights here,” Fleisher said.
“This next door neighbor is an Arab,” Ross noted as he looked at the building right next door. “There’s an Arab. Are there contentions among you? Do you live in peace?”
“Instead of the word “peace” I prefer a word called normalization. We are trying very hard to normalize our existence back here. We see ourselves as the indigenous returnees,” Yishai explained.
Fleischer says the compound and those who live there face weekly attacks, yet they hold on.
A ‘David vs. Goliath’ Tradition
Ross asked Fleischer how he could raise his two children in such an environment.

“People say, you know, aren’t you putting them in danger? And the first thing to remember (is) that being a Jew is a dangerous occupation (in itself). Always has been,” Fleischer said. “And second thing, we’re teaching them to be courageous in the face of bullies, which is a Jewish tradition, a David versus Goliath tradition.”

“What would happen if Jerusalem were divided?” Ross asked. Palestinian Arabs want to see Jerusalem divided with the eastern part of the city, including the Mount of Olives and the Temple Mount, as the capital of a future Palestinian state.

“It’s the progressive people who claim that it’s a good idea to divide Jerusalem and yet, what are you saying?  Are you saying that we should take a city, build a wall down the middle, and divide it based on race and ethnicity and move Arabs to one side and Jews to the other side?” Fleischer continued.
“I mean, that’s a vision of progress to racially divide a city and build a scar like wall down the middle it? It’s so regressive,” he said. “We stand against dividing the city and dividing this land.”
“You would take exception to the word or the definition of yourselves as being settlers?” Ross asked.
“We are not settlers.  We’re re-settlers. We are re-claiming our ancestral rights. And to create a narrative that we don’t belong and that somehow we’re foreigners in this land is a myth. It’s been created in order to delegitimize the Jewish people’s right to this land,” Fleisher said.
What ‘Land for Peace’ Really Means

“How do you view the philosophy of land for peace?” Ross asked. For decades that’s been the formula the Arab world has offered Israel – give up land and we’ll give you peace. But it’s never worked.

“It’s actually a misunderstanding about the Middle East mindset. When you say, ‘I’m willing to give my land for peace,’ what the Middle Easterner will hear is, ‘here’s my wife, take her, just don’t hurt me’,” Fleisher explained.
“So when you say land for peace, you’re actually giving up the most coveted thing here in the region, which is your land and it just shows you to be a completely spineless, jelly-like creature, which with time will be destroyed,” he said. 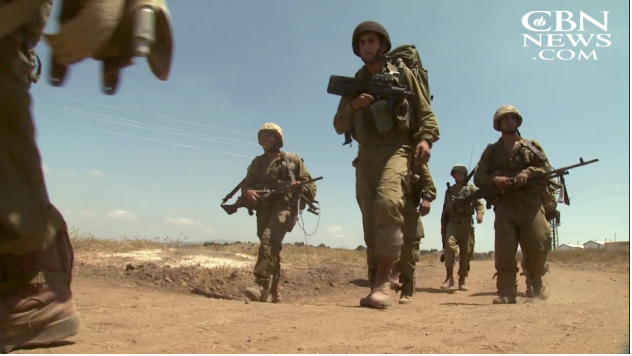 Noting that the book of Psalms commands us to pray for the peace of Jerusalem, Ross asked how Christians can pray for Fleisher, his family and those who live “in the middle of it in Ma’aleh HaZeitim.

“One of the ways to pray for Jerusalem is to come here.  And go to the (Western) Wall and go to the Temple Mount and talk to God and thank Him for the opportunity.  Be part of the story in some way,” Fleisher advised.
But he said there’s more.

“Tell your countries, ‘Put your embassies in Jerusalem.’ What kind of disrespect is that to Jerusalem and to Israel and to the God of Israel, to the God of the Bible, that you don’t even recognize Jerusalem as the renewed, reconstituted capital of the Jewish commonwealth that we’ve all prayed and yearned for, of the promises of the Bible?” he asked.
Watch here: CBN News – Scott Ross in Jerusalem – interview
Love For His People, Inc. founded in 2010 by Steve & Laurie Martin. Charlotte, NC USA

All Israel News Staff | February 7, 2023 Illustrative – People look at the destruction as rescuers search for survivors in the