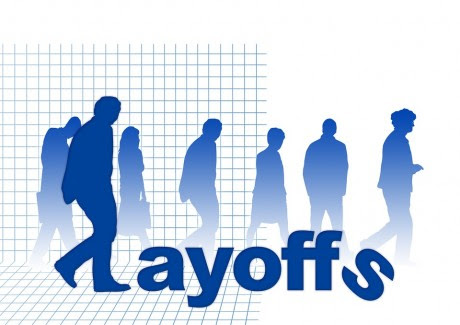 The U.S. Has Lost 195,000 Good Paying Energy Industry Jobs
Posted: 04 Aug 2016  Michael Snyder  THE ECONOMIC COLLAPSE BLOG
Not all jobs are created equal.  There is a world of difference between a $100,000 a year energy industry job and a $10 an hour job running a cash register at Wal-Mart.  You can comfortably support a middle class family on $100,000 a year, but there is no way in the world that you can run a middle class household on a part-time job that pays just $10 an hour.

The quality of our jobs matters, and if current long-term trends continue unabated, eventually we are not going to have much of a middle class left.  At this point the middle class has already become a minority in America, and according to the Social Security Administration 51 percent of all American workers make less than $30,000 a year right now.  We have a desperate need for more higher paying jobs, and that is why what is happening in the energy industry is so deeply alarming.

Just today we got some more disturbing news.  According to Challenger, Gray & Christmas, the U.S. has lost 195,000 good paying energy jobs since the middle of 2014…

Cheap oil has fueled a massive wave of job cuts that may not be over yet.
Since oil prices began to fall in mid-2014, cheap crude has been blamed for 195,000 job cuts in the U.S., according to a report published on Thursday by outplacement firm Challenger, Gray & Christmas.
It’s an enormous toll that is especially painful because these tend to be well-paying jobs. The average pay in the oil and gas industry is 84% higher than the national average, according to Goldman Sachs.

Those are good paying jobs that are not easy to replace, and unfortunately the jobs losses appear to be accelerating.  In their new report, Challenger, Gray & Christmas went on to say that 95,000 of those job cuts have come in 2016, and 17,725 of them were in July alone.
We also got some other bad news for the U.S. economy on Thursday.

Factory orders are down again, and at this point U.S. factory orders have now been down on a year over year basis for 20 months in a row.  That is the longest streak in all of U.S. history.
Needless to say, we have never seen such a thing happen outside of a recession.

In addition, it is being reported that U.S. banks have been tightening lending standards for four quarters in a row.

Once again, this is something that has never happened outside of a recession.

On top of all that, tax receipts continue to plummet.  This is a very bad sign for the economy, because falling tax receipts are usually a sign that we are headed into a recession.  The following comes from Zero Hedge…

July “Withheld” receipts – those tax and withholding payments that come straight from wage earner pay stubs – are down 1.0% year over year.
This data series can be choppy, and looking at the three month trailing average yields a 3.1%.  That’s a touch slower than the 2016 YTD comp of 3.3%, and tells us to not expect too much from Friday’s number.
Also worth noting: YTD non-withheld tax receipts (such as those that come from “Gig economy” workers) are down 6.5%, and July’s comp is 15% lower than a year ago.
Last, corporate tax receipts are down 11% YTD, and if the current pace of these payments holds it will be the first negative comp since 2011. Bottom line: if the tax man isn’t as busy, can the U.S. economy really be expanding?

Are you starting to see a pattern here?

-U.S. GDP growth came in at an extremely disappointing 1.2 percent for the second quarter of 2016, and the first quarter was revised down to 0.8 percent.

-The rate of homeownership in the United States has fallen to the lowest level ever.

-The Wall Street Journal says that this is the weakest “economic recovery” since 1949.

-Barack Obama is on track to be the only president in U.S. history to never have a single year of 3 percent GDP growth.

Meanwhile, things continue to get worse around the rest of the planet as well.  For example, the economic depression in Brazil continues to deepen and it is being reported that the Brazilian economy has now been shrinking for five quarters in a row…

And of course Brazil is hosting the Olympics this summer, and that is turning out to be a major debacle.  Many of the international athletes will actually be rowing, sailing and swimming in open waters that are highly contaminated by raw sewage, and Brazilian police have been welcoming tourists to Rio with a big sign that says “Welcome To Hell“.  And let us not forget that right next door in Venezuela the economic collapse has gotten so bad that people are killing and eating zoo animals.

As the global economy continues to deteriorate, what should we do?

“Negative returns and principal losses in many asset categories are increasingly possible unless nominal growth rates reach acceptable levels,” Gross said in his latest Investment Outlook note published Wednesday.
“I don’t like bonds; I don’t like most stocks; I don’t like private equity. Real assets such as land, gold, and tangible plant and equipment at a discount are favored asset categories.”

I tend to agree with Gross.  Bonds are in a tremendous bubble right now, and the stock market bubble has grown to ridiculous proportions.  In the end, the only wealth that you are going to be able to fully rely on is wealth that you can physically have in your possession.

As you have seen in this article, signs of economic decline are all around us. And yet, many people out there are still convinced that good times are right around the corner.

What is it going to take to convince them that they are wrong?

Feb. 26, 2021 The Victory Channel 572K subscribers Aired February 25, 2021 Welcome to FlashPoint! What is Flashpoint? The definition

“What Do You Talk About”, Cathy Hargett

The Equality Act – Legitimizing Immorality | Give Him 15: Daily Prayer with Dutch Feb. 26