Skip to content
July 12, 2016July 11, 2019 Steve Martin 0 Comments
Love For His People Editor’s Note: In early July we first made contact with the Jim Clint family, after an email from them, in which they wrote to us in response to this website showing our love for Israel.

We have now begun support their work with monthly contributions. They seek to help Jews make aliyah (immigrate) to their homeland in Israel.
Here is their most recent newsletter.
Shalom,
Steve Martin
Founder/President
Love For His People, Inc. 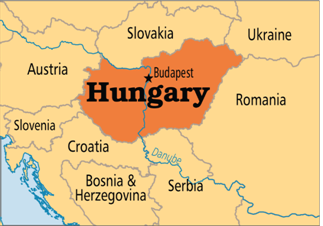 It’s now been three years since we all left Northern Ireland to dedicate ourselves to serving the LORD amongst Hungary’s Jewish community. On July 1st 2013 we all arrived to a very hot Hungarian summer. In these three years we’ve come a long way, with many challenges, with both disappointments and blessings.

We’ve always been aware that we have many people praying for us from many countries around the world. Some of these people we have never met before, still in Yeshua we are family and look out for each other. As parents Nauszika and I are extremely proud to how the three children have progressed.

The girls are now young ladies and not children, Sara Rose will be fourteen on July 18th, Naomi Ruth is now thirteen, and Yonatan Israel will be seven on September 7th. All three have worked very hard at school, learning the Hungarian language which is considered to be one of the most difficult languages in the world. Yes there are times when we miss Northern Ireland, hopefully we’ll be able to get back to see family in the winter.

We’ve been able to build up good relationships with the Jews of Hungary, especially here in Budapest. Being able to meet with the Jewish Agency has been a key factor in winning trust in the community. Apart from the Jewish Agency we are the only group helping Hungarian Jews to make Aliyah to Israel. Above all, the LORD is the one who has sustained us throughout these last three years.

1st Corinthians 15:58…. So, my dear brothers, stand firm and immovable, always doing the LORD’s work as vigorously as you can, knowing that united with the LORD your efforts are not in vain.

Please continue to pray for all those Olim (new immigrants) we have assisted with funds. A few days ago we were happy to hear that Benjamin had made Aliyah. Benjamin an 18 year old from Budapest was assisted a few months ago. After he completes his Hebrew language course in the Galilee he will start his army service as a “Lone Soldier”. This means that he has no family living in Israel to connect with. I know that Lone Soldiers often find it difficult in their first few months of army service. Anyone wishing to help Benjamin with a small donation can Email me.

Yair, another Lone soldier we helped over a year ago is now serving with an elite army unit. Another girl caller Sara will get married early in 2017. We also helped Sara with funds over a year ago. I make a point of keeping in touch with every Olim we help. Please remember to pray for all the Hungarian Olim we help back to their Land of Promise.

The “S” family from Koszeg in western Hungary are also expected to leave very soon. I remember well the day when I gave them the funds for Aliyah, we all sat in the Jewish Agency office in tears. They appreciated Ezra’s help, without which they would never have been able to afford to pay the required expenses. In order to help these dear people and also operate ourselves we depend upon the love offerings of brothers and sisters with a heart for the Jewish people. 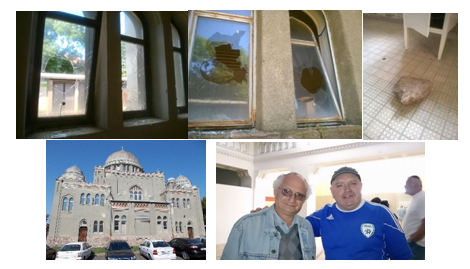 In late June the synagogue in the town of Gyöngyös 25 miles north-west from Budapest was attacked two days in a row, on a Wednesday and a Thursday. On the Thursday a few older men from the Jewish community in the town were in the synagogue when the second attack happened. The synagogue had some of its windows smashed. I believe that the police are still trying to find those responsible for the attack. Please pray for Rabbi Peter Weise (pic above) from Gyöngyös, I know Peter personally, he’s a quiet and humble man. I know that he will be very concerned because of what has happened.

In early July we had a visit from Véronique a friend who lives and works in Northern Ireland. It was good for us all to get together and have lunch in Budapest’s Jewish quarter. We were able to take Véronique on a tour to see some of Budapest’s Jewish sites and memorials.

The political climate in Hungary is steadily getting worse. The present right wing FIDESZ government is becoming increasingly unpopular because of its decisions. Both the schools and hospitals are underfunded, this has led to protests in both hospitals and schools. Sadly this is playing into the hands of the Far Right Jobbik party. Eastern Hungary is a Jobbik stronghold, in the east the people are poorer and employment is difficult to find. Please pray that the Jews of Hungary will see the danger which in on the horizon. Nationalism is on the rise all over Europe, again the Jews will be blamed for all problems!! Please pray that the LORD will guide us as we seek warn Hungarian Jews about this danger.