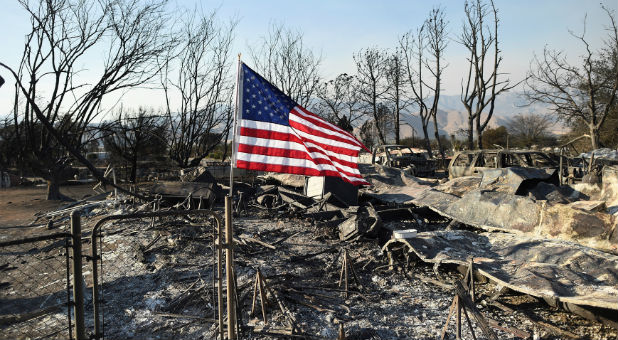 How America Is Following Nazi Tactics to Eradicate Christians

7/7/2016 DAVID LANE  charisma news
Secularism and Christianity—like National Socialism and Christianity in Germany in 1930—are irreconcilable. There will be no reconciliation of immutable, competing religions and worldviews; someone’s worldview and values are going to reign supreme.Adolf Hitler recognized the battle: “One day we want to be in a position where only complete idiots stand in the pulpit and preach to old women”.
As part of the battle for control of resources and ideological supremacy, “the Nazis changed the calendar to downplay Christian celebrations and emphasize non-Christian ceremonies. Thus, in 1938, carols and the nativity play were forbidden in schools; at the same time, Christmas was replaced with the new term ‘Yuletide’.” – Inside Hitler’s Germany, Life Under the Third Reich, pg. 80-81
Who We Are Forms What We Do
In Methodist minister-counselor Ronald Greer’s book on integrity, he tells of the dark days of Nazi takeover of Holland. With Gestapo everywhere, and Jews vanishing, some Dutch Christians asked former missionary Hendrik Kraemer what they should do.
He said: “I cannot tell you what to do but I can tell you who you are. If you know who you are, then you will know what to do.”
Then Kraemer read to those scared Christians words first written to the early scared Christians in 1st Peter: “But you are a chosen race, a royal priesthood, a holy nation, a people for God’s own possession, so that you may declare the goodness of Him who has called you out of darkness into His marvelous light.” The people thanked him, left and started the Dutch underground resistance.
The American Renewal Project will host The Response-Cleveland, a National Prayer Gathering in Cleveland, Ohio, on Saturday, July 16, 10 a.m.-4 p.m. (EDT). No book sales, DVD sales, no concession stands: simply fasting and praying for America. Would you either join us by internet at your church or ask your flock to watch at home? Our live streaming feed is at: www.theresponseusa.com
If Jesus could say to Lazarus, “Lazarus, come forth”, He can say to revival in America, “Revival, come forth”. We intend to ask Him.

David Lane is the founder of American Renewal Project.
Draw closer to God. Experience the presence of the Holy Spirit every month as you read Charisma magazine. Sign up now to get Charisma for as low as $1 per issue.
Has God called you to be a leader? Ministry Today magazine is the source that Christian leaders who want to serve with passion and purpose turn to. Subscribe now and receive a free leadership book.
Love For His People, Inc. founded in 2010 by Steve & Laurie Martin. Charlotte, NC USA