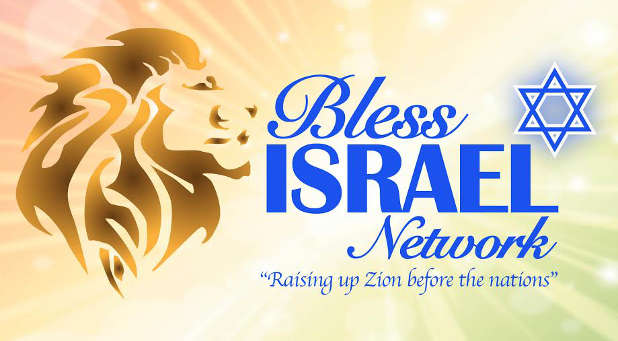 A unique Israel-based ministry is looking to connect believers around the world to the Jewish believers in Israel in a very personal way. It’s called Bless Israel Network.
The network’s initial project is a program called Revelation to the Nations. It’s the first-ever dedicated internet TV platform and worldwide voice for the Israeli body of Jewish believers. Hosts Daniel and Devorah Calic, who have lived in Israel for several years, discovered something which most of the body around the world might consider surprising.
A Startling Revelation
The majority of believers around the world have minimal contact with the Israeli messianic community. Most churches have little or no knowledge of what their believing brethren are doing in God’s Holy Land. A small number of churches will occasionally have a leader from Israel’s messianic community as a guest. Generally these guests are part of the handful of thriving Israeli congregations or ministries that have the resources allowing them to travel frequently to maintain support from believers around the world.
What the Calics have discovered is the vast majority of Israeli Messianic congregations and ministries are small, and lack the necessary resources to travel and get needed support.
They’ve also discovered this vibrant community of small congregations and ministries is providing much needed humanitarian aid. They’re eager for their voices to be heard outside Israel. It is these unheard, underfunded congregations and ministries that the Calics are committed to provide a platform for.
Unique Program
This first-of-its-kind program has some additional interesting aspects. For example, the contact information of the guests will be provided on the program, allowing viewers to establish personal connections with the congregation or ministry of their choice, giving viewers the opportunity to bless them. That blessing will play a direct role in building the kingdom in Israel because it will allow these congregation and ministries to expand their humanitarian outreach. Scripture says, speaking to Abraham and his descendants, “I will bless those who bless you.”
Forging Previously Unheard of Relationships
Bless Israel Network will focus on congregations and ministries engaged in humanitarian outreach. In spite of Israel being second only to Silicon Valley in cutting edge technology, there is widespread humanitarian need throughout a cross section of Israel’s the social spectrum.
For example, almost 200,000 Holocaust survivors live in Israel. They are elderly, in frail health, many live alone and 50,000 of them live in poverty. It’s a huge challenge, which is only partially being met. Israel also has many thousands of Jewish immigrants from around the world who have fled their native countries due to anti-Semitism, unhealthy living conditions and a hope for a better life.
Many make aliyah to Israel out of a desire to live in the ancestral homeland of the Jewish people. These immigrants face numerous assimilation issues, such as housing, language challenges, medical care, employment, legal assistance and so on. In fact, the need is so great the government is quietly partnering with some of the messianic ministries because they cannot meet all the needs themselves. More arrive on a regular basis.
This has fostered previously unheard of opportunities for relations between Jewish believers and the traditional Jewish community. Many of the congregations and ministries whose leaders the Calics will interview are at the forefront of this trailblazing social phenomenon. Revelation to the Nations will provide them a voice.
Well-Known Leaders Support BIN
Recently, the Calics recorded the pilot episode of Revelation to the Nations in order to provide a glimpse of what viewers can expect. Their initial guest is Eitan Shishkoff. They chose Shishkoff, but not because his congregation is small or that he is not well-known, but because Shishkoff is one of the most respected Messianic leaders in Israel. He was chosen because of the wonderful project he is heading up, which will bless the entire body of believers in Israel. The interview can be found at blessisrealnetwork.com.
Revelation to the Nations has stirred the hearts of many inside and outside Israel, creating lots of excitement and anticipation. What Daniel and Devorah are doing is unique and “necessary” according to Eitan. Some other well-known leaders have expressed their support for the up and coming ministry:
Rabbi Jonathan Bernis, president of Jewish Voice Ministries International: “I completely support the vision of Bless Israel Network to provide a platform for the leaders of Israeli congregations and ministries to share what they are doing to build the kingdom of God in Israel.”
Dr. David Reagan, founder and director of Lion and Lamb Ministries: “I praise God for the visionary venture He has placed in the hearts of Daniel and D’vorah. It certainly is deserving of widespread support from the Christian community.”
The Calics are in the United States through the end of August speaking and meeting with Christian churches, Messianic congregations and organizations who want to know more about this unique kingdom building venture. For more information visit blessisraelnetwork.com.