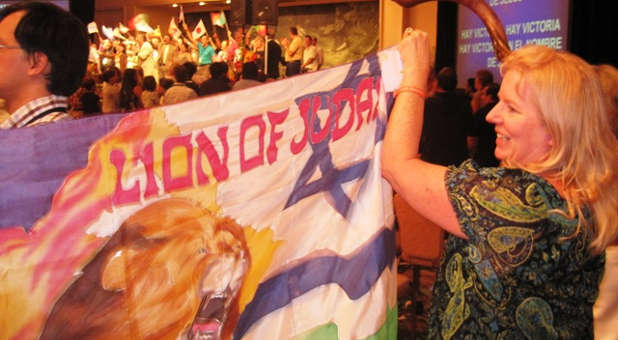 Are Gentiles Still Gentiles or ‘Spiritual Jews’ After Coming to the Faith?

In a previous article on this page titled, “Messianic Believers: No Separation from Jewish Roots,” I wrote about what it means to be a Messianic Jewish believer in Yeshua. Now, we’ll look at the other side of the ledger.
If you were not born Jewish and you believe in Yeshua, you are a “Messianic Gentile.” Mazel Tov (congratulations), and welcome to the family! That being said, just as there are misconceptions about Jewish believers, there are also some mistaken beliefs about Gentile believers in Messiah that need to be clarified.
First, what is a “Gentile?” The word Gentile simply means “one of the nations,” and is derived from the Latin gens meaning “nation.”
This is a direct parallel to the Hebrew word for nation, goy (plural, “goyim“). Unfortunately, just as anti-Semites use the word Jew in a negative manner, the word Gentile or goy is often mistakenly thought of as a synonym for “pagan or “anti-Semite.” Also, many Jewish people see the word Gentile as being synonymous with “Christian.”
Before Yeshua came and was proclaimed among the nations, the customary way for Gentiles to get right with God was to become a proselyte, or convert, to Judaism. All non-Jews at that time were considered pagans since they were not permitted into the Temple to make the appropriate sacrifices for their sins. Therefore in Matthew’s account Yeshua said,
“But when you pray, do not use vain repetitions, as the heathen do. For they think that they will be heard for their much speaking” (Matthew 6:7).
“If he refuses to listen to them, tell it to the church. But if he refuses to listen even to the church, let him be to you as a Gentile and a tax collector” (Matt. 18:17).
At the time of His earthly ministry, Yeshua’s disciples were all Jews, and as such, they believed that the religion of truth was the Jewish religion. Gentiles, by definition, were not part of “the people of God,” and were considered outside of the Jewish faith (Eph. 2:11-12). Today however, because of the apostasy of traditional Judaism, it is more accurate to call our Messianic faith “biblical faith” rather than the “Jewish faith.”
Though conversion to Judaism was at one time the only way for Gentiles to be accepted into the biblical faith, during His ministry Yeshua “hinted” at the inclusion of the Gentiles into the people of God (John 10:16), but even here gives only a hint. For Yeshua at that time to clearly mention Gentiles as co-heirs with Jews would have been distracting to His disciples. Since many people identified Gentiles with paganism, this truth regarding Gentiles being accepted as co-heirs with Jewish believers in Yeshua awaited further and future revelation.
A common question brought up in regards to this matter is, “Are Gentiles still Gentiles after coming to faith in Messiah Yeshua, or do they become ‘spiritual Jews?'”
When Paul was writing to the congregation in Rome, he addressed the non-Jewish believers there by saying,“But I am speaking to you who are Gentiles” (Rom. 11:13). Just as Paul referred to himself in Acts 22:3 and in Romans 11:1 in the present tense as a “Jew” and as an “Israelite”, so he now refers to the non-Jewish believers in the present tense as “Gentiles.” In other words, though they are saved and are brethren in the faith (Rom. 1:13; 11:25), they are still Gentiles—that is, non-Jews, and that is okay!
In Messiah, Gentiles are truly co-heirs with Jewish believers, but this does not mean that either group loses their personal identity. Read Galatians 3:28 carefully: “There is neither Jew nor Greek, there is neither slave nor free, and there is neither male nor female, for you are all one in Christ Jesus.”
Faith in Yeshua does not change a person’s cultural, national or ethnic identity any more than faith would change their gender or the color of their skin. As surely as Jews remain Jews when they come to faith in Yeshua (Acts 22:3), so also do Gentiles remain Gentiles after coming to faith in Yeshua.
This is good news, and in it we see that God loves diversity. Of course He does; He created it, and has redeemed it! Our unity is not experienced through uniformity, and our diversity does not necessarily bring division. The reality of our unity is based upon the truth of who Yeshua is and what He has actually done for all who believe in Him. This reality of our unity in Yeshua is experienced as we live out our faith in Him and love one another. Our unity amidst diversity brings greater glory to God as His life is manifested trans-culturally and trans-ethnically (Rev. 5:9).
This unique unity demonstrates grace and love through Yeshua as the spiritual way and witness of peace and harmony in the world:
“A new commandment I give to you, that you love one another, even as I have loved you, that you also love one another. By this all men will know that you are My disciples, if you have love for one another.” (John 13:34-35).

Dr. Sam Nadler is a Jewish believer in Jesus who has been in Messianic ministry for over 40 years. Sam is the president of Word of Messiah Ministries, which is bringing the Good News to the Jew first but not to the Jew only, and planting Messianic Congregations in Jewish communities worldwide. To encourage and equip the Body of Messiah in our shared calling, Sam is invited to speak in churches across the country, and has written multiple books on Jewish evangelism, discipleship, and the Feasts of Israel. For more information and resources, or to invite Sam to speak at your church, visit: www.wordofmessiah.org.
Draw closer to God. Experience the presence of the Holy Spirit every month as you read Charisma magazine. Sign up now to get Charisma for as low as $1 per issue.
Has God called you to be a leader? Ministry Today magazine is the source that Christian leaders who want to serve with passion and purpose turn to. Subscribe now and receive a free leadership book.
Did you enjoy this blog? Click here to receive it by email.
Love For His People, Inc. founded in 2010 by Steve & Laurie Martin. Charlotte, NC USA