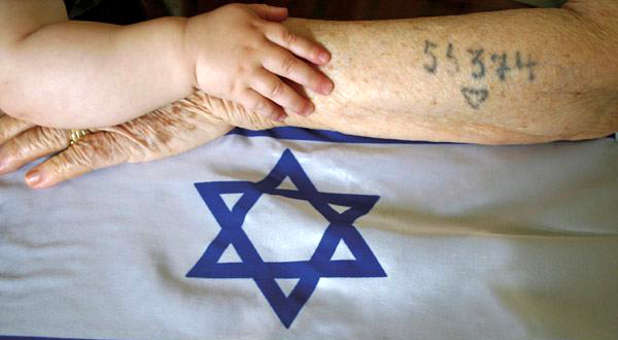 6/23/2016 SID ROTH  charisma news
Why are so many major universities, church pension funds and big corporations disinvesting rather than investing in Israel? They are trying to force Israel to give land to the Palestinians that God has given to the Jewish people.
That is plain meshuga (Hebrew for crazy)!
Why? Because in Genesis 12:3, God Himself promises to bless those who bless the Jewish people and curse those who curse Israel. If that were not warning enough, in Obadiah 1:15 (MEV), God says: “For the day of the Lord is near upon all the nations; as you have done, it shall be done to you; your deeds shall return on your own head.”
This is a dangerous time for the anti-Semites of the world—they are going against God and bringing themselves under a curse.
On the other hand, those who obey God regarding Israel and the Jewish people are blessed. Remember when Pharaoh told the midwives in Egypt to kill all the male babies at birth? They refused to curse Israel and what did God do? Exodus 1:20-21 (MEV) says: “Therefore God dealt well with the midwives, and the people multiplied and grew very mighty. So it happened that because the midwives feared God, He gave them families.”
I just read where Liberty University has invested $5 million dollars in Israeli stocks. No wonder that university is so blessed!
Let me give you the same principle from the New Testament. In Matthew 25:40, Jesus says the goat nations and sheep nations will be separated on one issue: “The King will answer, ‘Truly I say to you, as you have done it for one of the least of these brothers of Mine, [Jesus says] you have done it for Me.'” What’s the difference between a goat and a sheep? A goat has a mind of its own and the sheep follows the shepherd.
“…As you have done it for one of the least of these brothers of Mine … ” The word for “brothers” in the Greek means “from the womb.” Jesus is talking about how each nation has treated His physical brethren, the Jewish people.
I believe the dividing line between the true body of believers and the counterfeit in these last days will be on this single issue. Joel 3:2 says,”I will gather all the nations, and bring them down to the Valley of Jehoshaphat. I will enter into judgment with them there regarding My people and My heritage Israel, whom they have scattered among the nations; they have also divided up My land.” (MEV)
If you don’t understand the Jew and Israel from God’s perspective, then you will go into further heresy. But if you do understand, watch the favor of God flow in your life!
It is not an accident that the letters USA are found in the center of the name JERUSALEM. As long as we are a blessing to Israel, the USA will prosper.

Sid Roth, a former account executive for Merrill Lynch, was raised in a traditional Jewish home. Yet, religious tradition provided no answers when he hit rock bottom in 1972. With his life out of control and his marriage in shambles, Sid was set free from demonic oppression through a supernatural encounter with Jesus. Immediately, he began to boldly proclaim Jesus as the Jewish Messiah.
For the original article, visit sidrothorg.
Draw closer to God. Experience the presence of the Holy Spirit every month as you read Charisma magazine. Sign up now to get Charisma for as low as $1 per issue.
Has God called you to be a leader? Ministry Today magazine is the source that Christian leaders who want to serve with passion and purpose turn to. Subscribe now and receive a free leadership book.
Did you enjoy this blog? Click here to receive it by email.
Love For His People, Inc. founded in 2010 by Steve & Laurie Martin. Charlotte, NC USA