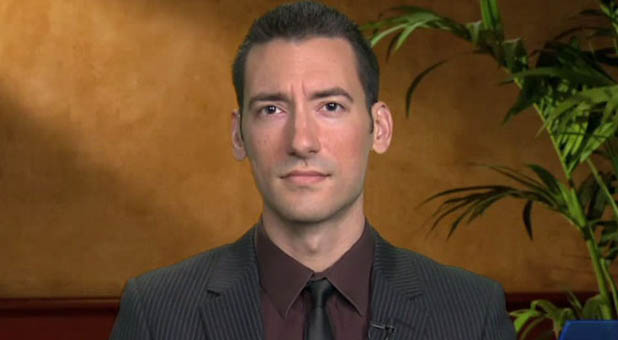 6/15/2016 BOB ESCHLIMAN  charisma news
Tuesday, one of the charges against Christian pro-life investigative journalist David Daleiden in Harris County, Texas, was dismissed.
Daleiden faced a misdemeanor charge of attempting to illegally purchase baby body parts. But Judge Diane Bull determined that indictment was void. Despite this legal victory, Daleiden still faces a felony charge for allegedly using a fake driver’s license to conceal his identity during his undercover investigation of Planned Parenthood.
Daleiden’s organization, the Center for Medical Progress, issued the following statement:
Judge Diane Bull’s swift dismissal of the bogus charge against CMP founder David Daleiden of trafficking human organs is the latest confirmation that the indictments from a runaway grand jury in Houston were a politically-motivated sham all along. In finding that the indictment was void on its face, Judge Bull’s ruling directly contradicts the District Attorney’s argument that the indictment was valid despite the DA’s collusion with Planned Parenthood.
The dismissal of the first indictment today sends a strong message to Planned Parenthood and their political cronies that colluding to suppress the First Amendment rights of citizen journalists will never work. The Center for Medical Progress follows all applicable laws in the course of its investigative journalism work and as more details about Planned Parenthood’s contracts for aborted baby parts come to light, it’s clear that Planned Parenthood and their business partners like StemExpress are the ones who are guilty of trafficking in human body parts.
Peter Breen of the Thomas More Society, which is representing Daleiden, said recent filings confirm the Harris County District Attorney colluded with Planned Parenthood. He said the filings also indicate the DA’s office worked with Planned Parenthood to undermine the Texas Attorney General’s independent investigation of the abortion provider.
“The conduct of Harris County prosecutors in this case is outrageous and illegal,” he said. “We look forward to pressing our motion to quash this indictment in court.”
A number of pro-life Christian groups, including the Family Research Council, have responded to the news.
“I am grateful that Judge Diane Bull was able to see through what appears to be a baseless charge that is politically motivated,” FRC President Tony Perkins said. “There was no transaction or attempted transaction to suggest Daleiden was actually buying aborted baby body parts.
“Of course the charges against Daleiden scream the question: Why didn’t the District Attorney charge Planned Parenthood for selling the body parts? You can’t have a buyer without a seller.
“The Harris County judge overseeing the felony false identification charge against Daleiden should follow the example of Judge Bull in dismissing the indictment, and realize that these charges against Daleiden are nothing but naked political intimidation and attempts to silence the truth of what the abortion industry is doing.
“I also urge California Attorney General Kamala Harris to follow the lead of Judge Bull and return Daleiden’s undercover footage exposing the sale of baby body parts, which was illegally seized by the state in violation of Daleiden’s constitutional rights. It is time to end this political bullying of Daleiden and his colleagues who simply exposed the abhorrent sale of aborted children’s organs.
“It is Planned Parenthood, biotech companies and the abortion industry that need to be investigated further, not those who expose their illegal and heinous activities.”