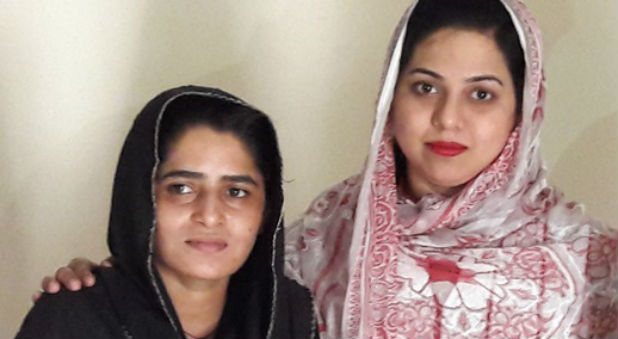 Christian Woman Accused of Blasphemy Does the Unthinkable

5/27/2016 ASIF AQEEL/WORLD WATCH MONITOR  charisma news
Join us on our podcast each weekday for an interesting story, well told, from Charisma News. Listen at charismapodcastnetwork.com.
A young Pakistani Christian woman accused of blasphemy chose not to flee from her home, so that her Christian neighbors wouldn’t be targeted in her absence.
The accusations against Sonia Gill, 23, were eventually withdrawn, but not before she had refused to leave the “Christian Town” settlement near Gujrat.
Dozens of Pakistanis have been murdered and Christian settlements attacked after blasphemy accusations. In all recent examples, Christians fled their homes in the wake of the accusations, but Gill refused to do so, despite angry protestations outside her home.
“If I flee, what would happen to my Christian neighbors and their houses?” she said.
The accusation came less than a month after another Christian was accused of blasphemy in the village of Chak 44, just 100km away. On 16 May, an angry mob of about 70 people gathered outside Gill’s house, led by Muslim cleric Khubaib Jalali, who used to live in Mandi Bahauddin, the nearest city to Chak 44.
At least 150 Christian families live in Christian Town, which has three churches.

Gill’s neighbor, Sharjila Komal, known as “Poma”, accused her of using an advertising banner bearing the name of Prophet Muhammad as a floor covering. But Gill said the banners bore only the names of politicians and that her neighbor had another motive for the accusation.
“About three years ago, Poma’s sister-in-law eloped with my cousin, Khalid,” Gill said. “A police case was registered against Khalid, but the matter was settled after the woman returned. But that is why Poma had a grudge against us.
“Poma stitches clothes and lives next door to us. That morning, she came to our home to say that my niece’s uniform had been stitched and could be picked up from her at any time. She saw an advertising banner spread on the floor, which had pictures of politicians and their names. My brother, Shaukat, has a keen interest in politics. These banners were used in November last year, during local elections, and now they were of no use, so we were using them to cover the floor.”
Shaukat Gill added: “It was about 8 p.m., when about 70 people reached our home and demanded that the banner ‘bearing sacred Islamic names’ be handed over to them. I invited the prominent persons – who were about 18 in number – to come in and inspect the banners they believed bore the sacred name of the Prophet.
“After seeing the banners, these angry protestors said that they were not satisfied and that they would consult among themselves in the nearby mosque.”
As the mob departed to discuss the matter at Mosque Gulzar-e-Habib, Shaukat Gill called the police.
“I suspected that the mob would return and may attack us,” said Gill, who works as a driver in Gujrat. “The police arrived in a short while and brought the situation under control. In the presence of the police, banners were once again shown for examination, but nothing blasphemous was found.”
However, Jalali filed a complaint against the Gills at the local police station and asked for a case to be registered under Section 295-C of the Pakistan Penal Code.
The situation remained tense the following morning.
“Christian girls who returned from school told us that they heard in the street that a protest would again be taken out,” Sonia Gill explained. “Poma said that she would go to any extent to teach me a lesson. I told her that nothing could take place without the will of my God. Several Christians and Muslims suggested that I should flee the place, but I said that if I did, angry protestors would harm other Christians and their property. Whatever they want to do, they should do it to me and not to others.”

Pakistan’s Express Tribune newspaper reported that Sonia Gill had “begged pardon”, even though the police said she was “innocent”.
“My friends Mushtaq Butt and Allah Rakha Sahotra tirelessly worked with various communities in the city,” said Shaukat Gill. “Although we were still very much worried, we believed that God would do a miracle. The next day after the incident, Butt told me that the matter had been resolved.”
He added that Butt had been asked to swear on the Qur’an that the Gills hadn’t committed blasphemy and would never do so. Butt stated this on oath, after which all accusations were dropped.
The cleric officially withdrew his complaint, writing the following statement: “It is submitted that I [the speaker] in the Gulzar-e-Madina Mosque. I had earlier submitted an application against Shaukat Gill and others regarding committing blasphemy against the Prophet. I have investigated the matter. No occurrence of blasphemy could be verified. As for now, I don’t seek any legal action on my application.”
“The situation of law and order is under control and the family is living peacefully in their home,” said local policeman Ghulam Abbas Dogar.

Punjab parliamentarian Mary Gill told World Watch Monitor that after hearing about the incident, she had travelled to meet the Gills and other local Christians. She then reported the case to the district police.
“The police have played a very crucial role in restoring law and order in both instances of blasphemy accusations in Mandi Bahauddin and Gujrat,” she said. “It is very encouraging that at least in this instance Sonia did not have to flee the situation.
“As the second blasphemy accusation in less than a month surfaced in the same area, I directly informed the Chief Minister, Shahbaz Sharif, about the situation and then went to ensure the safety of the Christians.
“On the instructions of the Chief Minister, the matter was discussed in a high-powered cabinet meeting on 19 May.
“I suggested establishing a minorities’ protection cell, where quick information about such incidents could be provided and law-enforcement agencies could be mobilized to deal with such situations. I am happy that the cabinet meeting decided on establishing a cell that could deal with such untoward situations.”

This article originally appeared on World Watch Monitor.
Draw closer to God. Experience the presence of the Holy Spirit every month as you read Charisma magazine. Sign up now to get Charisma for as low as $1 per issue.
Has God called you to be a leader? Ministry Today magazine is the source that Christian leaders who want to serve with passion and purpose turn to. Subscribe now and receive a free leadership book.
Love For His People, Inc. founded in 2010 by Steve & Laurie Martin. Charlotte, NC USA