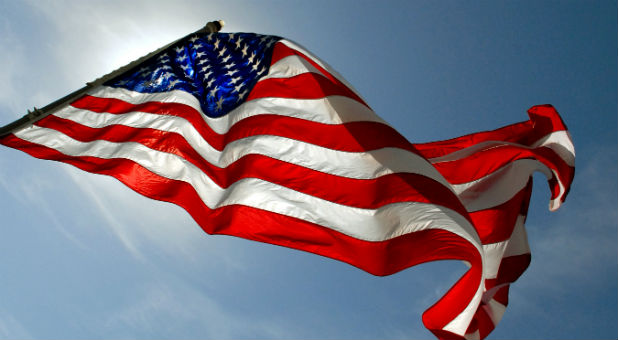 A Great Falling Away Is Afoot, and Apostasy Reigns Supreme

5/25/2016 JENNIFER LECLAIRE  charisma news
Jennifer LeClaire is now sharing her reflections and revelations through Walking in the Spirit. Listen at charismapodcastnetwork.com.
If they hate Jesus, they’ll hate you—and they certainly hate Jesus. I’m talking about the American Left and its unyielding war on Christianity.
And so is my good friend Matt Barber.
In his fiery new book, Hating Jesus: The American Left’s War on Christianity, Barber reveals how secular progressives are waging an unrelenting fight against Christianity in America. Perhaps more importantly, he explains how Christians can fight back.
“Just a few short decades ago, a church-going man who publicly supported the right to life, backed laws protecting marriage and spoke freely of Christ’s love for fallen man would be universally recognized as a fine and upstanding citizen,” says Barber, an associate dean with Liberty University School of Law and an attorney concentrating on constitutional law. “He would be welcomed anywhere, including at the highest levels of power. But things have changed. In today’s America, the ‘progressive’ left actively endeavors to destroy such a man.”
JOIN JENNIFER ON FACEBOOK FOR SPIRITUAL COMMENTARY AND ENCOURAGEMENT. CLICK HERE.
Barber, founder and editor-in-chief at BarbWire.com, expertly addresses how American leftists have co-opted the mountains of society: schools, government, the media, Hollywood and the arts, and many conservative organizations.
With great detail, Barber explains the Modern American leftist war strategy. It starts by vilifying Christians. They then begin scheming, quite often with success, to get Christians terminated from employment and forever marked with a scarlet “C” to inhibit any future prospects for employment.
We’ve seen this over and over. Hampden-Sydney College in Virginia recently fired Gen. Jerry Boykin for his opposition to President Obama’s transgender mandate, only to rehire him days later. The re-hiring is a rare victory. Most have to battle it out in court or in the unsympathetic liberal media. ESPN fired Curt Schilling in April for his stance on transgender bathroom uses. Georgia’s Department of Public Health fired Dr. Eric Walsh for the content of his sermons. And the list goes on and on.
Next, Barber says, the radical left simultaneously attacks the family and works to tear it apart, at once sending a warning shot over the bow of other Christians and pushing them to the fringes of society. The ultimate goal? Conform to their pagan demands or face incarceration.
“What’s worse is that progressivism has, like a deadly cancer, fully metastasized into what passes for the church in America,” Barber says. “There is a great falling away afoot, and apostasy reigns supreme.”
As Barber sees it, the secular left doesn’t merely have a disagreement with Christianity. He explains these are not people with whom one may reason, compromise or even disagree; they are dedicated to evil; and they demand nothing less than the abolition of the biblical worldview, and the destruction of Christ’s followers right along with it.
“Now is the time to fight back. If you are someone, Christian or not, who refuses to see Christianity wiped out—like it ever could be—and your children indoctrinated into pure evil, then sitting on the sidelines is no longer an option,” Barber says. “We live in dire times. But with Christ, it’s never too late to turn the tide!”
I agree with Barber. I’m believing for a Great Awakening so great that it gains even the secular left’s attention. I’m believing for transforming revival that changes America from the inside out. Sure, there will always be a radical left, but when some of the proponents of a godless nation get radically saved and speak out about their passion for Jesus, the tide will begin to turn.
The devil knows his time is short. Let’s keep praying.