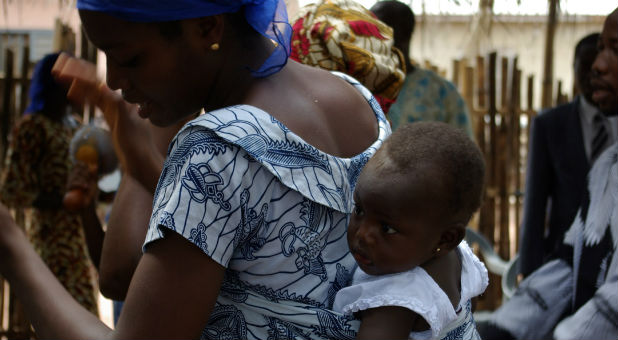 5/17/2016 JESSILYN JUSTICE  charisma news
Join us on our podcast each weekday for an interesting story, well told, from Charisma News. Listen at charismapodcastnetwork.com.
This revolutionary app can ignite revival around the world and even solve significant church problems like a lack of tithing, according to a recent CNN article.
West African Christians use the Asoriba app to fellowship through church-wide devotionals and planned events. They can also tithe online, making the Ghana churches some of the wealthiest institutions in the country, CNN reports.
The donation feature is one that excites the developers the most.
“Clearly, the benefits and statics of going electronic as a church today is so glaring, however, the most exciting part of it is that, it’s going to happen all over the world,” the developers write in a blog post.
By allowing members to tithe through the app, the developers say churches remove all hindrances from their members not giving their best to God.
Without the app, the developers propose the following situation:
1. Member goes to the bank. (Probably picks a car or drives there, time & fuel used)2. Withdraws cash and place it in an envelope.3. Wait till Sunday. (Between the period, he may use that money)4. Deposits it in the offertory bowl and is prayed for.5. His details are recorded. (Prone to error; some churches don’t do this)6. After church, money is counted at the back office (Issues of error and theft may occur)7. On Monday or Tuesday, money is sent to the bank and banked.8. Wait till the end of the month to get a bank statement.
“In Ghana alone, 20 percent of adults have mobile money (5 million mobile wallets), Kenya 58 percent, Tanzania 34 percent and Rwanda 17 percent. These numbers are rising speedily by the day,” the developers write. “This means most people are increasingly using less cash each day. So on a typical Sunday, a member may not have physical cash to give, but electronic money. As a church you must make provision for this member to make such payments easily and instantly into you churches bank account. As your technology partner, Asoriba makes this possible via your Church’s mobile app found on the playstore.”
In the United States, only 9 percent of people prefer to pay with cash. In the American church, only 3-5 percent of Americans regularly tithe. But the U.S. is rapidly declining in Christianity, while African churches have begun to embrace Pentecostalism.
“Pentecostal churches are booming in Nigeria, indeed across much of Africa,” The Economist reports. “(T.B.) Joshua’s satellite television channel, Emmanuel TV, airs his prophecies live to millions worldwide. Admirers have included Ghana’s late president, John Atta Mills; Winnie Madikizela-Mandela, ex-wife of South Africa’s late president, Nelson Mandela; Julius Malema, a radical South African politician; and Morgan Tsvangirai, Zimbabwe’s opposition leader.”
Perhaps the app could continue the revival.
But the app is not only about church administration. The next step for the platform is to create a social networking function, which would make it the new Facebook for churchgoers.
CNN reports the team envisions creating a virtual space for users to engage with others of the same faith about sensitive topics, such as sex and marriage, which they may struggle to bring up with people in real life.
“We want people to express themselves, and we want to make it possible to have these conversations,” Nana Prempeh, co-founder of Asoriba says.
Do you think you would use this? Sound off!

Draw closer to God. Experience the presence of the Holy Spirit every month as you read Charisma magazine. Sign up now to get Charisma for as low as $1 per issue.
Has God called you to be a leader? Ministry Today magazine is the source that Christian leaders who want to serve with passion and purpose turn to. Subscribe now and receive a free leadership book.