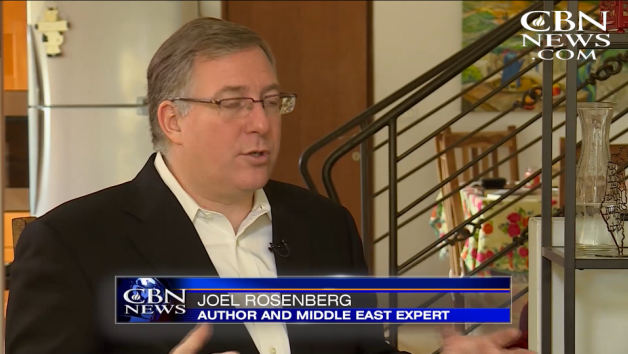 Perfect Muslim Ally? The Nation That Stands Between the West and Jihad

05-17-2016
CBN News Chris Mitchell
hare
Tweet
+2
THE JORDAN VALLEY, Israel – One of the most strategic nations in the Middle East could be the next target for ISIS. Jordan faces tremendous pressure from both sides of the border due to that threat. It is undoubtedly a critical time for the United States to support this faithful ally.
In January 2015, ISIS shocked the world by burning a captured Jordanian pilot alive. The act also put the Islamic State and Jordan on a collision course. King Abdullah and his country are a critical ally against ISIS and a strategic asset to Israel.
Jordan sits on Israel’s eastern border and the Jordan Valley forms a natural geographic and strategic barrier on that front. It’s one reason why Jordan plays a crucial role in today’s Middle East.
“Many Americans, many Westerners, don’t  even think about Jordan as an important country, right, but Jordan is the…eastern cornerstone of the security architecture that keeps Israel safe and is (a) buffer, the frontline buffer, against the wave of Islamic jihad that is coming toward the West,” best-selling author Joel Rosenberg told CBN News.
An Invitation from a King
Rosenberg wrote about Jordan in his latest series and he also got to enjoy what a central character in his novels got to do: meet King Abdullah of Jordan.
“What happened was the king – Abdullah, the king of Jordan read one of my novels. It happened to be The First Hostage,” Rosenberg explained. “He read it in January. A friend of his had read it and gave it to him and he enjoyed it and invited me and my wife to come and visit.”
Rosenberg also included the king in his latest two books. From their time together, Rosenberg discovered the enormous pressures facing King Abdullah and his kingdom. He wrote about those challenges recently in the Jerusalem Post.
ISIS Sleeper Cells?
“The moment is incredibly dangerous, meaning, he’s got 30 percent of his population aren’t Jordanian citizens,” Rosenberg continued. “They’re Syrians, they’re Iraqi refugees, and nobody exactly knows who each person is. What percentage of them are loyal to ISIS?  What — how many of them are members of ISIS sleeper cells?  Nobody knows.”
It’s a concern shared by IDF Deputy Chief of Staff Maj. Gen. Yair Golan.
“Jordan is terrifying (sic) by the presence of the Islamic State in Jordan cities and towns,” he said.
While Golan is optimistic about Jordan’s stability, he agrees with Rosenberg that ISIS could turn its sights there.
“We know that ISIS is trying to bring down the government of Iraq.  We know that ISIS is trying to bring down the government of Syria.  The question’s where do they go next?  Now, I’m not saying that definitively Jordan will be the next place that they try to overthrow, but it makes sense,” Golan said.
Jordan’s King Abdullah appears qualified and ready for any threat from ISIS. Trained as a commando, he serves as general commander of Jordanian Special Forces. The king made headlines around the world when he personally led a strike against the Islamic State after the terror group killed the Jordanian pilot.
“The king understands instinctively how to fight terror and how to train his military to deal – and the security forces – to deal with this threat,” Rosenberg said. “But will that be enough? That’s the question.”
Why the US Needs to Step Up
The Syrian refugee situation is also a burden. Since the Syrian Civil War began, Jordan’s population has exploded by 30 percent.
“Imagine in America 30 percent more – that’s 60 million people. Can you imagine American people, American government, having to take care of the food, clothing, shelter, education, healthcare for 60 million non-citizens?  That’s what Jordan is essentially facing,” he explained.
Rosenberg believes the U.S. can do more to stand with this strategic ally.
“We learned that Jordan only has eight working Blackhawk helicopters and we were told that 12 are needed to effectively run the type of cross-border anti-terror, anti-ISIS raids into Syria, into Iraq, that are needed,” he said.
“Now, the United States has promised to give eight more Blackhawks at the end of 2017,” he continued. “But I have to ask why are we waiting?  If Jordan’s king is willing to be in the fight, is in the fight against ISIS, why don’t we give them these helicopters now?”
The Perfect Muslim Ally?
Rosenberg also believes King Abdullah fits the kind of Muslim leader the West needs now. 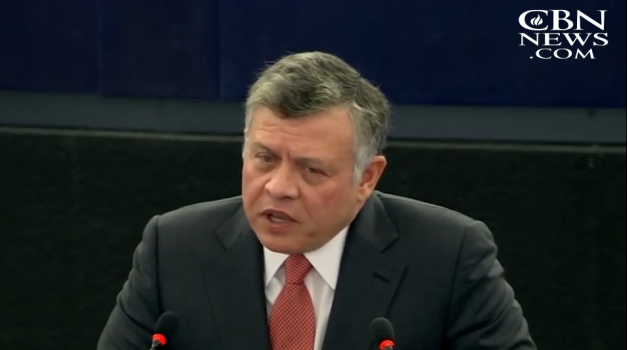 “He is a moderate.  He believes in Jews, Christians and Muslims working together. He’s actively in a hot war fighting against Islamic extremism and radicalism, apocalyptic Islam,” he told CBN News.
“Here’s a guy who’s our ally and wants to help and is helping.  This is what we want, right?” Rosenberg said. “We often… hear people say, ‘How come we don’t hear Muslims standing up against these radicals, standing up against these Jihadists?  How come they’re not doing anything?’  He is. King Abdullah is.”
“We need to help him, lest, you know, we wake up one day and find that we didn’t do enough and he and his government are gone,” he warned.
Watch here: Joel Rosenberg interview
Love For His People, Inc. founded in 2010 by Steve & Laurie Martin. Charlotte, NC USA