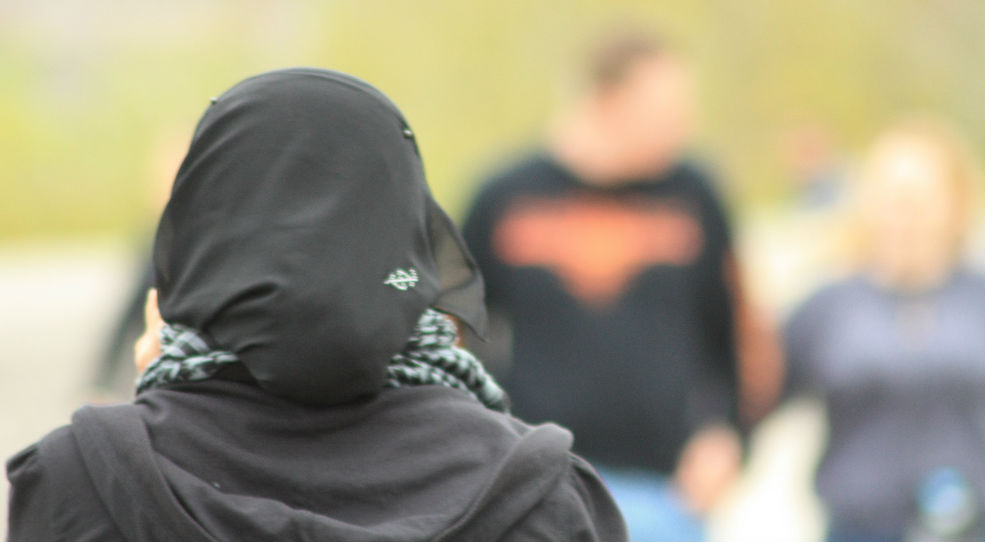 5/5/2016 BIBLES 4 MIDEAST  charisma news
Join us on our podcast each weekday for an interesting story, well told, from Charisma News. Listen at charismapodcastnetwork.com.
Najima* is the daughter of a Muslim ruler.
Since childhood, she was a strong believer of Islam. She compulsorily practiced Islam by reciting the Quran, doing namaz prayer five times every day, fasting in the month of Ramadan and giving zakat to the poor and needy.
After her school years, she went to a Western university for higher studies, though she never missed her regular practices of Islamic pillars.
One day, she found a tract in her table, in which she read, “For Jesus hath made him to be sin for us, who knew no sin; that we might be made the righteousness of God in him” (2 Cor. 5:21, NKJ).
The verse struck her.
“How can Jesus … be sin for us?” she asked herself before throwing the tract away. But that verse came to her mind again as she went to bed that evening.
No matter how much she tried to forget that verse, it was projected in her mind again and again. She couldn’t sleep.
Then she felt her room filled with light like day. From the light she heard a voice, “Daughter, you’re a sinner. There is none righteous, no, not one: All are gone out of the way; they are together become unprofitable. But I came to take all of your sins. I did ransom for many. Believe Me and accept Me. I give you eternal life”.
She understood it was the voice from Jesus Christ and she knelt down and accepted Him as her personal Savior and Lord.
She declared her faith to her friends first, then to her house.
When she told her family that she had become a Christian, her father and brothers exploded in a rage.
They stripped her naked and bound her to a chair fixed to a metal plate with which they wanted to electrocute her. She asked them to lay a Bible in her lap at least.
Her father responded, “If you want to die together with your false religion, so be it.” One of her brothers added, “That will show that your religion is powerless.”
Although they had bound her, she was able to touch a corner of the Bible. She felt a strange peace, as though someone were standing beside her. Her father and brothers pushed the plug into the socket—and nothing happened. They tried four times with various cables, but it was as though the electricity refused to flow.
Finally, her father, angry and frustrated, hit her and screamed, “You are no longer my daughter.” Then he threw his daughter out into the street, naked. She ran through the streets, humiliated and in pain. Shaking and tearful, she ran to a friend. People looked at her, curious rather than shocked. Her friend let her in, clothed her and gave her shelter.
The next day, her friend asked neighbors what they had thought when they had seen a girl running naked through the streets.
“What are you talking about?” they responded.
“We saw a girl was running with a wonderful white dress like angels. We asked ourselves why someone so beautifully clothed had to run through the streets. Actually with her dress we felt she was flying.”
God had hidden her nakedness from their eyes, clothing her in a beautiful white dress.
She became stronger in her Christian faith. But her father came to know where she was. Her mother and brothers went to see her and called her back. She did not go with them and told them that she would not lose her faith in Jesus Christ.
Then her father himself went there and took her back home by force. She is still under house arrest. Because of her change of faith, the ruler banned all other religious movements and activities in his region.
Recently two women missionaries of “Bibles for Mideast” visited Najima at her house. They wore veils and introduced themselves as Najima’s classmates and got permission to see her. She was happy to see the missionary women. She prayed with them. She asked all the children of God around the world to pray for her. She asked prayers for her father, mother, brothers and sisters and all the Muslims of her country to experience the salvation of Jesus Christ.
Najima said to the women of Bibles for Mideast, “Lord Jesus Christ gave me freedom from sin and death. I experience that real freedom and peace in mind.”
*Name has been changed for security reasons.
This article originally appeared on Bibles for Mideast.