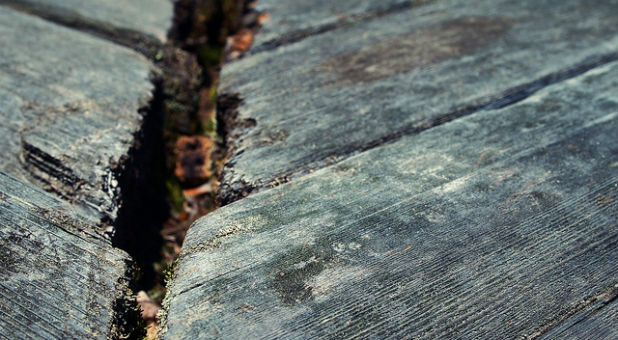 5/2/2016 MICHAEL SNYDER  charisma news
Could the earthquake that just struck the New Madrid Fault seismic zone near the town of La Center, Kentucky, be a “foreshock” for a much bigger quake yet to come? Very early on Sunday morning, a magnitude-3.5 earthquake hit western Kentucky, and it was felt in parts of three other states as well.
In fact, it is being reported that the quake could be felt all the way over in Miller, Missouri, which is 267 miles away. The New Madrid fault seismic zone is six times larger than the more famous San Andreas Fault zone in California, and it covers portions of Illinois, Indiana, Ohio, Missouri, Arkansas, Kentucky, Tennessee and Mississippi. Scientists tell us that the New Madrid fault is about 30 years overdue for a major event, and because of the nature of the Earth’s crust in that part of the country, a major earthquake would do significant damage all the way to the east coast.
A big Hollywood blockbuster was named after the San Andreas Fault, but the truth is that the New Madrid Fault has the potential to do vastly more damage. That is why what happened in a remote section of western Kentucky very early Sunday morning was so alarming:

An earthquake near La Center, Kentucky was felt in parts of Illinois and Missouri early on Sunday morning.
According to the National Weather Service in Paducah and the USGS, a magnitude 3.5 was recorded about 8.7 miles north of La Center and 24.2 miles west of Paducah. It happened around 1:12 a.m. and had a depth of about 8.3 miles.

Quite often, there are “foreshocks” that warn us that a major earthquake is coming to a particular area, and many are wondering if this event qualifies.
Most Americans don’t tend to think of the middle of the country as an area that is in danger from earthquakes, but the truth is that some of the worst earthquakes in U.S. history have taken place along the New Madrid Fault. The following comes from the USGS:

The New Madrid seismic zone of southeast Missouri and adjacent States is the most seismically active in North America east of the Rockies. During the winter of 1811-1812 three very large earthquakes devastated the area and were felt throughout most of the Nation. They occurred a few weeks apart on December 16, January 23, and February 7. Hundreds of aftershocks, some severely damaging by themselves, continued for years. Prehistoric earthquakes similar in size to those of 1811-1812 occurred in the middle 1400’s and around 900 A.D. Strong, damaging earthquakes struck the southwestern end of the seismic zone near Marked Tree, Arkansas in 1843 (magnitude 6.3), and the northeastern end near Charleston, Missouri in 1895 (magnitude 6.6). Since 1900, moderately damaging earthquakes have struck the seismic zone every few decades.

Those earthquakes in 1811 and 1812 tore thousands of very deep fissures in the ground, they caused the Mississippi River to actually run backward in some places, and they caused sidewalks to crack in Washington, D.C., and church bells to ring in Boston.
In our time, the U.S. Geological Survey has admitted that the New Madrid Fault zone has the “potential for larger and more powerful quakes than previously thought,” and we have seen the number of significant earthquakes in the middle part of the country more than quintuple in recent years.
If a magnitude-7.0 or magnitude-8.0 earthquake were to strike along the New Madrid Fault today, the damage that would be done would be absolutely unimaginable because of the nature of the Earth’s crust in this region. According to the Missouri Department of Natural Resources, earthquakes along the New Madrid Fault “shake and damage an area approximately 20 times larger than earthquakes in California.”

Due to the harder, colder, drier and less fractured nature of the rocks in the earth’s crust in the central United States, earthquakes in this region shake and damage an area approximately 20 times larger than earthquakes in California and most other active seismic areas. Even though large earthquakes occur much less frequently in the NMSZ than in California, the long term average quake threat, in terms of square miles affected per century, is about the same because of the approximately 20 times larger area affected in the central United States.

Are you starting to get an idea of just how devastating this kind of disaster could be?
Once upon a time, our continent almost divided along the New Madrid Fault. Of course that didn’t happen, but a massive scar formed deep underground, and this area of weakness has remained ever since. The following comes from Wikipedia:

The faults responsible for the New Madrid Seismic Zone are embedded in a subsurface geological feature known as the Reelfoot Rift that formed during the breakup of the supercontinent Rodinia in the Neoproterozoic Era (about 750 million years ago). The resulting rift system failed to split the continent, but has remained as an aulacogen (a scar or zone of weakness) deep underground, and its ancient faults appear to have made the Earth’s crust in the New Madrid area mechanically weaker than much of the rest of North America.
This relative weakness is important, because it would allow the relatively small east-west compressive forces associated with the continuing continental drift of the North American plate to reactivate old faults around New Madrid, making the area unusually prone to earthquakes in spite of it being far from the nearest tectonic plate boundary.

One day, I believe that a major seismic event in the area of this deep scar will literally divide the United States in half.
What that will do to our country is the kind of stuff that apocalyptic novels are written about.
And it is also important to keep in mind that there are 15 nuclear reactors along the New Madrid Fault zone, so if a massive earthquake did strike the region, we could be looking at Fukushima times 15.
So yes, I am always concerned whenever a significant earthquake hits the New Madrid Fault.
On another note, I want to thank everyone who has helped make my new book, titledThe Rapture Verdict, such a roaring success. Over the weekend it actually bumped into the top 300 on amazon.com. At one point, it was sitting at #237 out of more than 3,000,000 books currently listed on the site.
In Matthew 24, Jesus warned us that the time just prior to His return would be marked by earthquakes in diverse places, and right now we are witnessing a dramatic rise in seismic activity all over the planet.
A great shaking is coming to this nation, and the majority of Americans are completely unprepared for it.
Are you?