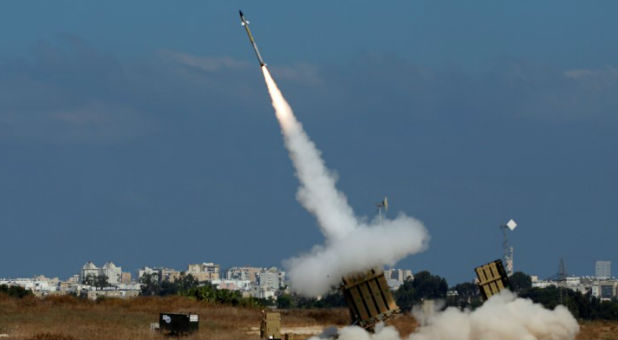 Senate Pressures Obama to Do This for Israel

4/25/2016 PATRICIA ZENGERLE/REUTERS  charisma news
Join us on our podcast each weekday for an interesting story, well told, from Charisma News. Listen at charismapodcastnetwork.com.
More than four-fifths of the U.S. Senate have signed a letter urging President Barack Obama to quickly reach an agreement on a new defense aid package for Israel worth more than the current $3 billion per year.
Eighty-three of the 100 senators signed the letter, led by Republican Lindsey Graham and Democrat Chris Coons. Senator Ted Cruz, a 2016 presidential candidate, was one of the 51 Republicans on board. The Senate’s Democratic White House hopeful, Bernie Sanders, was not among the 32 Democrats.
“In light of Israel’s dramatically rising defense challenges, we stand ready to support a substantially enhanced new long-term agreement to help provide Israel the resources it requires to defend itself and preserve its qualitative military edge,” said the letter, which was seen by Reuters.
It did not provide a figure for the suggested aid. Israel wants $4 billion to $4.5 billion in aid in a new agreement to replace the current memorandum of understanding, or MOU, which expires in 2018. U.S. officials have given lower target figures of about $3.7 billion. They hope for a new agreement before Obama leaves office in January.
The funding is intended to boost Israel’s military and allow it to maintain a technological advantage over its Arab neighbors.
The letter said the Senate also intends to consider increased U.S. funding for cooperative missile defense programs, similar to increases in the past several years.
Obama has asked for $150 million for such programs, but lawmakers are believed to be willing to send Israel hundreds of millions for programs like its Iron Dome air defense system and David’s Sling medium- and long-range defense system.

© 2016 Thomson Reuters. All rights reserved.
Draw closer to God. Experience the presence of the Holy Spirit every month as you read Charisma magazine. Sign up now to get Charisma for as low as $1 per issue.
Has God called you to be a leader? Ministry Today magazine is the source that Christian leaders who want to serve with passion and purpose turn to. Subscribe now and receive a free leadership book.
Love For His People, Inc. founded in 2010 by Steve & Laurie Martin. Charlotte, NC USA