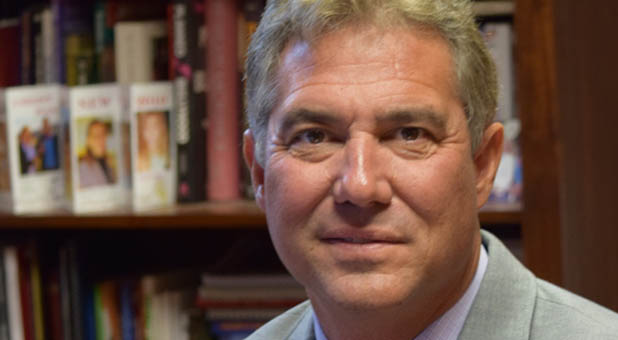 Troy Newman of Operation Rescue says the evidence released Wednesday by the Select Panel on Infant Lives proves beyond a shadow of doubt that Planned Parenthood has profited illegally from the trafficking of aborted baby tissue and organs. (Submitted photo)

4/20/2016 BOB ESCHLIMAN  charisma news
At its much-anticipated hearing Wednesday morning, the Select Panel on Infant Lives released a series of exhibits that prove beyond a doubt that Planned Parenthood has been lying to the American people about whether or not it illegally profits from trafficking aborted baby tissue and organs.
Troy Newman, president of Operation Rescue, also served as a founding board member for the Center for Medical Progress, which produced videos exposing the illegal trade. And following the Select Panel’s document release, he’s speaking out.
“It is clear from the documentation released by the Select Panel that money paid to Planned Parenthood in exchange for aborted baby remains qualified as illegal ‘valuable consideration.’ This completely validates every allegation that was put forth by investigators from the Center for Medical Progress,” he said. “Planned Parenthood has engaged in an aggressive public relations campaign to convince the public that videos released by the Center for Medical Progress were ‘hoaxed’ and that Planned Parenthood never profited from the sale of fetal remains. Now we all can see for ourselves that this was a bold-faced lie. Planned Parenthood should be prosecuted for their crimes. They must not be held above the law.”
The Select Panel exhibits were accompanied by a white paper on the pricing of fetal tissue produced by congressional staff members. The white paper explains how all of the costs of tissue procurement were absorbed by the organ procurement companies, such as Stem Express, and that Planned Parenthood essentially incurred no costs.
The documentation also shows that Planned Parenthood clinics were awarded $10,000 contract signing bonuses by one procurement company that were disguised as donations. Those bonuses were in addition to money paid for POCs—”products of conception,” the term Planned Parenthood uses to dehumanize the aborted baby tissue—and blood samples.
For example, four Planned Parenthood clinics in California were paid more than $11,000 in August 2012 for 171 “POCs” and 196 blood samples harvested at their facilities. A review of a tissue procurement company’s website shows a list of organs that were available for sale, including brains, hearts, livers, glands and even scalps.
The Center for Medical Progress, Operation Rescue and the Select Panel all agree these organs had to be procured from abortion facilities like Planned Parenthood.
“Now you do not have to be a lawyer to see what’s going on here,” Rep. Marsha Blackburn (R-Tenn.), Chairman of the Select Panel, said. “You put up a website that offers any baby body part imaginable—and why on earth do they need a baby scalp? Then you pick the gestation period and then check out.”
Newman said the answer to Blackburn’s question is “grisly.”
“Tissue wasn’t just being used for ‘medical’ research but by commercial entities for the use in the development of products for sale to the public,” he said. “The male hair growth industry is a very lucrative one.”