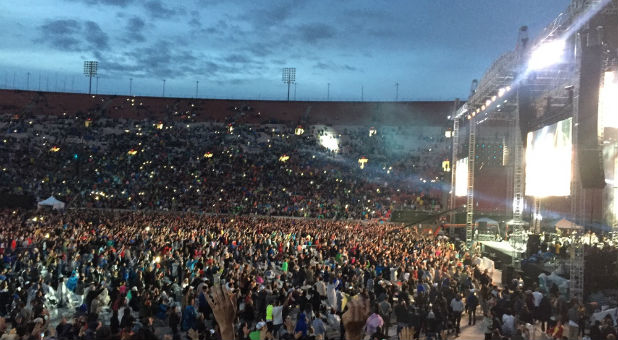 On April 9, 2016, which was also the 110th anniversary of the Azusa Street Revival, our generation was inaugurated into a new era. Lou Engle and TheCall, in partnership with Bethel Church in Redding, California, hosted over 65,000 people in an event called Azusa Now. (Courtesy/Jennifer Miskov)

This Is the Tipping Point for the Next Great Awakening