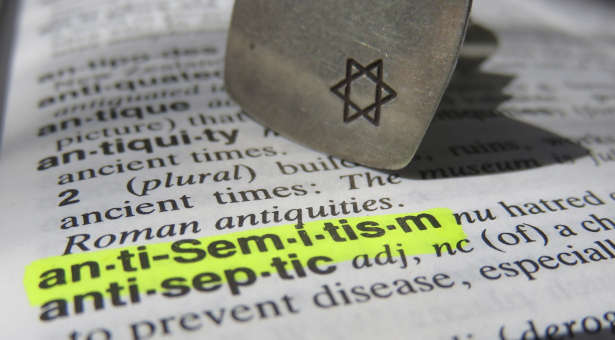 4/12/2016 SANDRA TEPLINSKY/LIGHT OF ZION  charisma news
Next week Jewish people around the world will celebrate what is likely the most beloved of the Levitical feasts, the Passover. Every year at this time—and now for 3,500 years—we have remembered and engaged with the reality of God’s miraculous redemption of our nation.
From generation to generation, His story has become ours. In 2016, however, the back story to Israel’s original Passover seems strangely parallel to events today.
Exodus 1 recounts that after Jacob and his sons died in Egypt, the Israelites “became exceedingly numerous, so that the land was filled with them.” (v.7) The rabbis teach that the ancient Hebrews experienced supernatural fruitfulness and multiplication. But then “a new king, who did not know about Joseph, came to power in Egypt” (v.8). As we’ll see momentarily, the first known instance of anti-Semitism followed.
Humankind’s expression of its seemingly endless hatred of the Jewish people surfaces for the first time in Exodus 1. Now, the biblical text never suggests the Israelites did anything wrong, or in any way sought to harm the Egyptians. All they did was prosper by the blessing of YHVH. Nevertheless, listen to the words of an ancient pharaoh threatened by them for no apparent reason:
The pharaoh’s shrewd dealing took the form of harsh slavery. Yet the more the Hebrews were cruelly abused and overworked, the more they multiplied. Therefore, as a last resort or “final solution,” Egypt launched a genocidal campaign against them. Every male newborn Hebrew was drowned—until God intervened and delivered His people through very deep waters. (Because God curses those who curse Israel, the Egyptian male army drowned in the Red Sea. The Egyptians who joined with Israel in their exodus journey, He blessed.)
This insight into Passover’s back story can help us stand firm against the rise of global anti-Semitism today. A world leader 3,500 years ago came to power who did not know about Joseph. It seems the history of this leader’s nation was not especially important to him. As a result, he lacked an historical context with which to judge events taking place in his day. Without this context, the pharaoh elevated his subjective emotional perceptions of what was right or wrong to the level of objective truth. Proud and deceived, he acted out irrationally in that spirit.
When nations dismiss objective fact and moral truth, deception results. Anti-Semitism typically flares up. Through history, the Jewish nation has been targeted as a scapegoat for the ills of a threatened and angry society. Those ills are usually due, however, to that society’s own disobedience to God. Sadly, this phenomenon is occurring in much of the world today. Consequently, many do not know (or care) about “Joseph” and his God.
They do not know historical and moral truth about Israel; they do not know Christian history; they do not know YHVH. You and I have a responsibility to reach and teach them, in love. And, to never give up!
The traditional Passover liturgy urges us all to engage with the ancient exodus as if it were our own. Next week, from one generation to the next, we will pass down the story of Joseph and his God. Then, by His grace, we will continue throughout the year to teach others the ways of Yahweh.
Together, let’s complete the task to which we’ve been called. For redemption is coming. May all Israel soon be saved!

Sandra Teplinsky has been in Messianic Jewish ministry since 1979. She is president and founder of Light of Zion, a Messianic outreach to Israel and the church based in California and Jerusalem.
Draw closer to God. Experience the presence of the Holy Spirit every month as you read Charisma magazine. Sign up now to get Charisma for as low as $1 per issue.
Has God called you to be a leader? Ministry Today magazine is the source that Christian leaders who want to serve with passion and purpose turn to. Subscribe now and receive a free leadership book.
Did you enjoy this blog? Click here to receive it by email.
Love For His People, Inc. founded in 2010 by Steve & Laurie Martin. Charlotte, NC USA