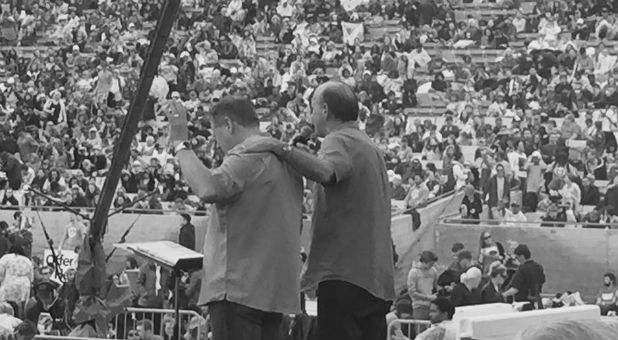 The Nation-Shaking Prophetic Download I Got at Azusa Now

Jennifer LeClaire is senior editor of Charisma. She is also director of Awakening House of Prayer in Fort Lauderdale, Florida, co-founder of awakeningtv.com, on the leadership team of the New Breed Revival Network and author of several books, including The Next Great Move of God: An Appeal to Heaven for Spiritual Awakening;Mornings With the Holy Spirit, Listening Daily to the Still, Small Voice of God; The Making of a Prophet and Satan’s Deadly Trio: Defeating the Deceptions of Jezebel, Religion and Witchcraft. You can visit her website here. You can also join Jennifer onFacebook or follow her on Twitter. Jennifer’s Periscope handle is @propheticbooks.
Draw closer to God. Experience the presence of the Holy Spirit every month as you read Charisma magazine. Sign up now to get Charisma for as low as $1 per issue.
Has God called you to be a leader? Ministry Today magazine is the source that Christian leaders who want to serve with passion and purpose turn to. Subscribe now and receive a free leadership book.
Did you enjoy this blog? Click here to receive it by email.
Did you like this article? You’ll enjoy Jennifer LeClaire’s book, Mornings With the Holy Spirit: Listening Daily to the Still Small Voice of God
Love For His People, Inc. founded in 2010 by Steve & Laurie Martin. Charlotte, NC USA