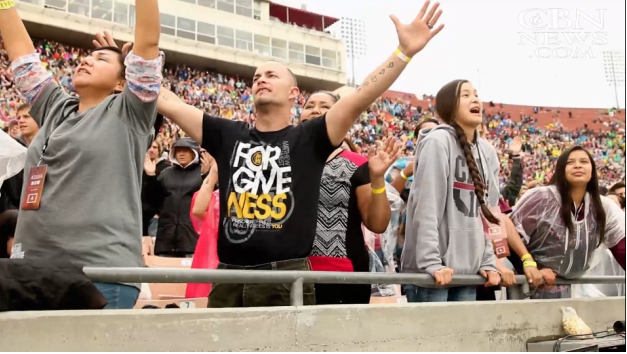 Tens of Thousands Cry Out for Unity, Revival at ‘Azusa Now’ Rally

CBN News Wendy Griffith
LOS ANGELES — Tens of thousands of Christians filled the Memorial Coliseum in Los Angeles over the weekend to pray for a spiritual revival to sweep across the nation.
Sponsored by The Call, the Azusa Now rally was strategically held on the 110th anniversary of the 1906 Azusa Street Revival, which broke out in Los Angeles and had a worldwide impact.
“I just knew in my heart that I was meant to be here. I was meant to experience this and that this was going to be an historical event,” said Yuba City, California, resident Cameron Clark.
San Diego resident Lisa Baker remarked, “I believe that there’s such unity that is opening the heavens. I really believe that we’ve opened up the gates and the doors so that the King of Glory can come on in… it’s so exciting.”
Tanya Zodulua traveled from Raleigh, North Carolina, to attend the event.
“I’m just here being totally engulfed in His presence and just believing for miracles,” she said.
“So you’ve been praying for revival back in Colorado?” CBN’s Wendy Griffith asked Colorado Springs resident Glenn Vasaturo.
“We just labor in the prayer room for our nation, for two years just praying in this room,” he replied. “And it’s like it’s just happening… It’s happening.” 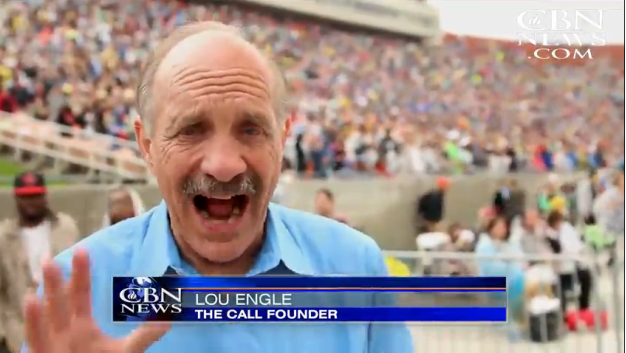 Lou Engle, founder of The Call, has been calling the nation to pray at strategic times for the last 15 years. He says the Azusa Now event was birthed from a dream that an even greater revival than the one that broke out at 312 Azusa Street in downtown Los Angeles in 1906 is about to break out again.
“I believe we’re at the threshold of a third Great Awakening,” Engle told CBN News.
“And if stadiums can be filled, and now evangelism coming, I have to believe that no matter how dark it is, what the political climate is, Jesus is going to keep His covenant and He’s going to show us a great wave of awakening. I’m excited about that,” he said.
Azusa Now kicked off with a series of prayers of repentance and forgiveness, beginning with the American Indians.
“Make us one in your son…Awaken the Native American! Awaken in Jesus name,” one Native American prayed.
That was followed by prayers for Israel, the Jewish people, and for Jews and gentiles to unite. 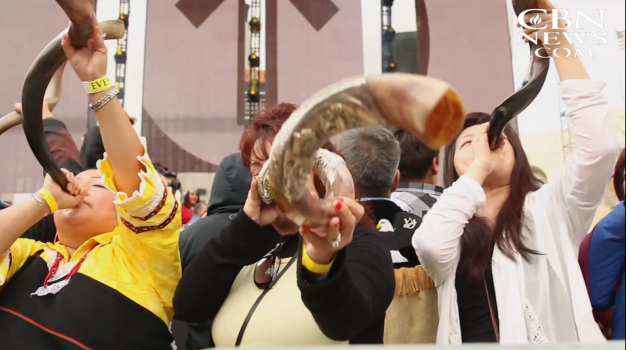 “When Ruth and Boaz unite, when Jew and gentile unite in Messiah, it’s going to release the greatest sound of revival the world has ever seen,” Malibu, California Rabbi Jason Sobel said.
And just like the original Azusa Street Revival, there was a focus on racial reconciliation. 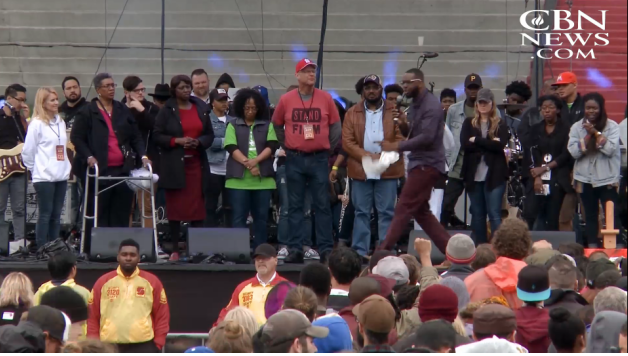 “If we want to be reconciled with men, we have to first be reconciled to God and that means our histories must be reconciled to God,” one attendee said.
But most of the day felt like a huge celebration, with lots of worship, dancing and many people receiving healing miracles.
“When they prayed, they said for healing, my right ear opened up… and they snapped and I could hear it,” Greg Gephardt, from Orland, California, said. 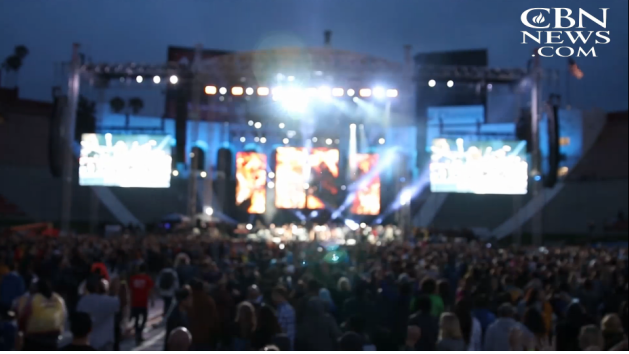 The celebration continued well into the night with worship from Bethel and an overall feeling that something big took place in the heavens that could soon be felt on earth.
Watch here: Azua Now
Love For His People, Inc. founded in 2010 by Steve & Laurie Martin. Charlotte, NC USA