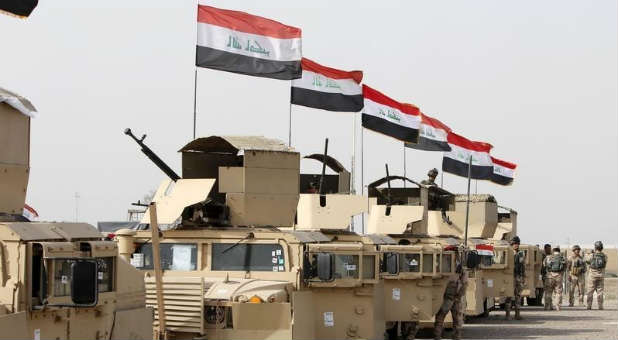 4/7/2016 TAYLOR BERGLUND  charisma news
Join us on our podcast each weekday for an interesting story, well told, from Charisma News. Listen at charismapodcastnetwork.com.
ISIS has burned 15 civilians to death after they tried to flee Fallujah. Fallujah is ISIS’ second-largest stronghold in Iraq after Mosul, according to the Daily Mail.
These acts of violence are unfortunately common in Fallujah. Last month, six men were reportedly executed after they were suspected of being Iraqi spies.
The extremist group also arrested a woman who went on television and begged Western powers to “save us or bomb us.” In the woman’s speech on TV, she said that people in the city were dying from hunger and lack of medicine.
Azal Obaid, a local governor in the region, told ARA News that ISIS is using Fallujah’s citizens as human shields to protect their militant forces. However, he did add that “there is a military plan prepared by the leadership of the Iraqi army and local tribes to liberate the city of Fallujah. The plan cannot be disclosed to the press at the moment for security reasons.”
Pray that the innocent civilians would be saved from ISIS’ brutal reign.