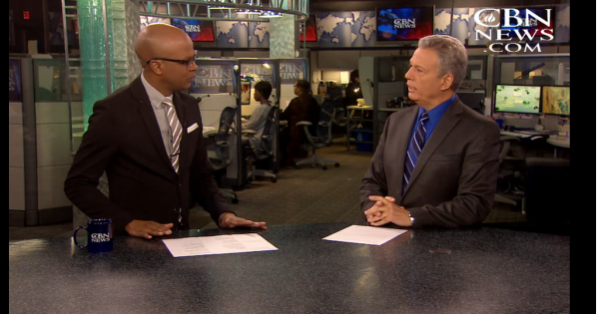 03-17-2016
CBN News
Secretary of State John Kerry has determined that ISIS is indeed committing genocide against Christians and other minorities in Iraq and Syria.
“In my judgment Daesh is responsible for genocide against groups in territory under its control” Kerry said in a statment Thursday, using the Arabic acronym for the jihadist army.
“Daesh is genocidal by self-acclimation, by ideology and by practice,” he added.
The Islamic State, also known as ISIS or IS, has slaughtered many Christians, Yazidis and other minorities since launching their jihad (“holy” war).
So, what does Kerry’s genocide designation mean? CBN News’ Gary Lane explains more on his blog, The Global Lane.
Also, Lane recently shared his thoughts on how labeling ISIS’s attacks on religious minorities as “genocide” could affect the political year and beyond. Watch below:
In making his decision, Kerry weighed whether ISIS targeting of Christians and other minorities meets the definition of genocide.
Still, Kerry’s announcement will not “obligate” the administration to take further action against ISIS terrorists.
The secretary explained that he was “neither judge nor prosecutor nor jury,” and that any criminal charges must come from an independent international investigation.
Several groups had pushed for a declaration of genocide. And the House of Representatives voted this week 393 to nothing to condemn ISIS atrocities as genocide.
Rep. Jeff Fortenberry, R-Neb., applauded Kerry’s announcement.
“The United States has now spoken with clarity and moral authority,” he said.
“I sincerely hope that the genocide designation will raise international consciousness, end the scandal of silence, and create the preconditions for the protection and reintegration of these ancient faith communities into their ancestral homelands,” he continued.
“Christians, Yazidis, and others remain an essential part of the Middle East’s rich tapestry of religious and ethnic diversity,” Fortenberry said.
Love For His People, Inc. founded in 2010 by Steve & Laurie Martin. Charlotte, NC USA